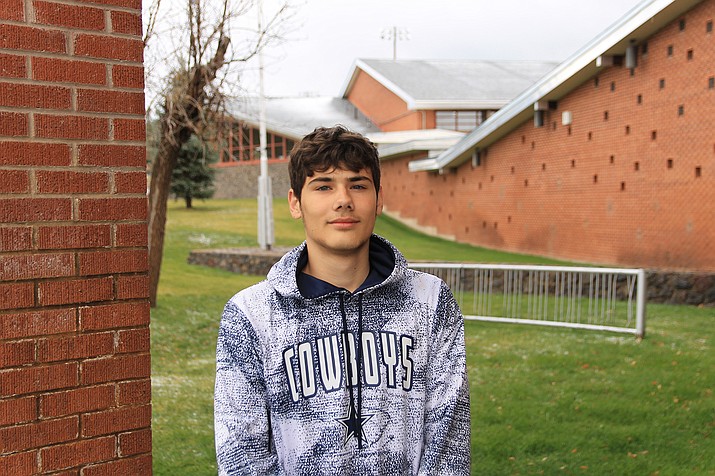 Austin is a senior at Williams High School. He has attended school in Williams for about a year. He moved here from Snowflake.

In high school, Austin has participated in football and basketball. He also has been involved in weights and culinary arts.

“It pushes you to do better. Your coach wants you to succeed in your sports,” he said.

“He pushes me to better myself,” he said.

During high school, Austin’s favorite memory was the time he sang “Garry Come Home” from “SpongeBob SquarePants” in front of his entire class.

In his down time, Austin likes hanging with his friends, driving around and playing sports.

Outside of school, Austin works at McDonald’s.

After graduation, Austin is deciding between attending Arizona State University, Northern Arizona University or Grand Canyon University. He hopes to become an architect and design houses.