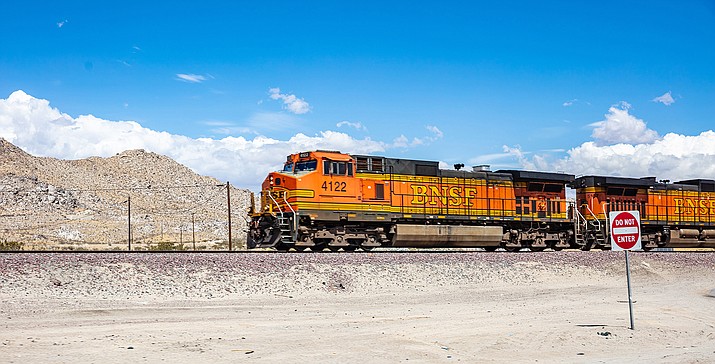 Around 11:30 p.m. Tuesday, Coconino County Sheriff’s Office Deputies responded to a location east of Bellemont along Interstate 40. BNSF Railroad personnel advised that one of their east bound trains had struck a vehicle on the railroad tracks.

Deputies along with medical personnel arrived at the location given by BNSF personnel at I-40 and milepost 188. Initial responders arrived and located a 2007 Jeep Patriot and two passengers, both deceased

The Jeep was not at a railroad crossing and appeared to have been driving off road at the time of the accident. The circumstance of this incident remains under investigation.

All trains were shut down for approximately six hours during the investigation and were cleared to resume at around 6 a.m. the following morning. The victims’ names are not being released until all family members have been notified. Sheriff’s Office detectives responded to the scene along with the Coconino County Medical Examiner’s Office.

The cause of the accident is still under investigation and no further information is currently available. The Coconino County Sheriff’s Office would like to thank Ponderosa Fire, the Department of Public Safety, and the Flagstaff Police Department for their assistance in this incident.