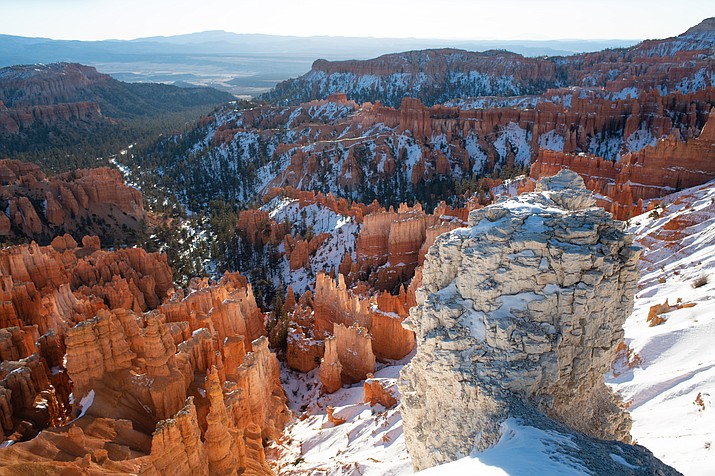 Bryce Canyon is among 24 parks in the National Park System for which the agencies are developing air tour management plans or voluntary agreements. (Photo/NPS)

“The purpose of the air tour management plan is to protect tangible and intangible resources of Bryce Canyon, including natural sounds, wildlife, wilderness character, and visitor experiences of solitude and quiet as we allow visitors reasonable opportunities to experience these magnificent landscapes from the air,” said Jim Ireland, the park’s superintendent.

The operating parameters of the plan will be effective within 90 days from the date of signature on the air tour management plan.

The plan meets the requirements from the National Parks Air Tour Management Act to mitigate or prevent significant adverse impacts from commercial air tours on the park and NPS’s obligation to protect the park's natural and cultural resources, wildlife, and the visitor enjoyment.

An important part of the process has been the inclusion of American Indian Tribes. The agencies consulted with Tribes that have tribal lands within or adjacent to Bryce Canyon, and with Tribes that attach historic and cultural significance to resources within the park.

The final air tour management plan is available at parkplanning.nps.gov/parks.cfm.