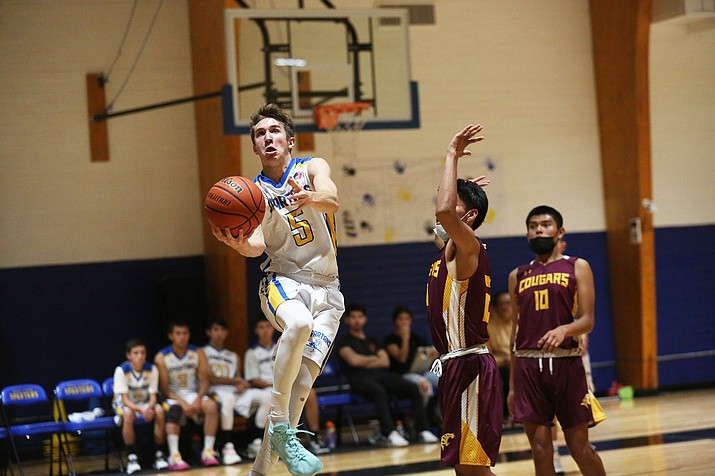 Spartan Gabril Zeller drives the ball to the hop in a game with Rock Point. (Marilyn R. Sheldon/WGCN)

“All of our starters, and two of our bench players scored,” he said. “Our defense really stepped up. We have three starting seniors, and I expect the whole team to improve. We want to be in the top three in the region.” 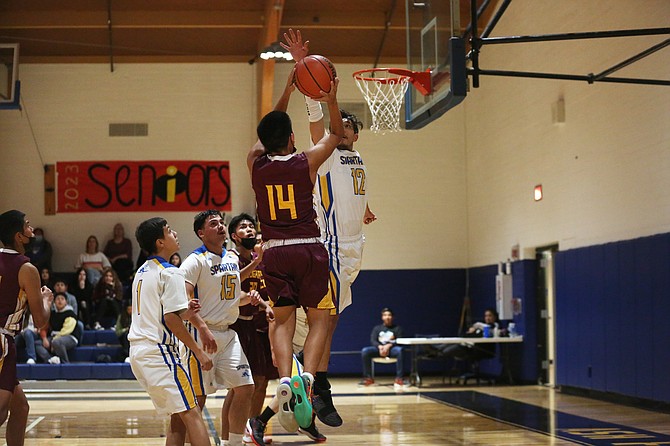 In action at home Nov. 19, the boys faced a run-and-gun Rock Point offense which ended with a 60-34 Spartan loss.

“We were flustered with the press,” Martin said. “This was a really tough team, hopefully we learned something from the loss. Rock Point has a very experienced team, four of their starters are seniors.”