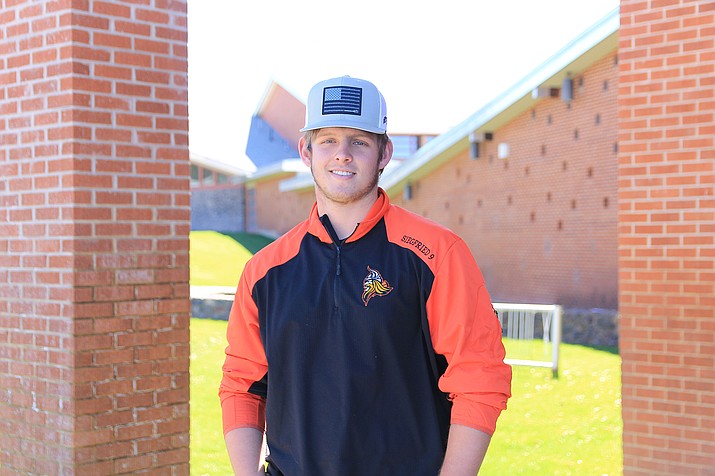 Danny is a senior at Williams High School. He has attended school in Williams since middle school.

In high school, Danny participated in football, basketball and baseball. He has also been involved in student council and National Honor Society

Danny has had many favorite teachers and coaches at Williams High including Mr. Echeverria, Mr. Brownlee, Mr. Johnson and Miss. Schover

“I’ve known those guys forever. Eche coached me in little league. Mrs. Schober had from middle school up until last year. She was pretty cool,” he said.

“Homecoming’s the best part of high school. Competing against your own classmates and the school. It’s a good way to show the freshmen what you want them to keep the school like,” he said.

In his down time, Danny loves spending time outdoors going hunting and fishing.

Outside of school, Danny runs a landscaping company with his friend, Drew Logan, called “DD Landscaping.”

After graduation, Danny plans to play college football or baseball for a small college. He is thinking of one day becoming a coach.