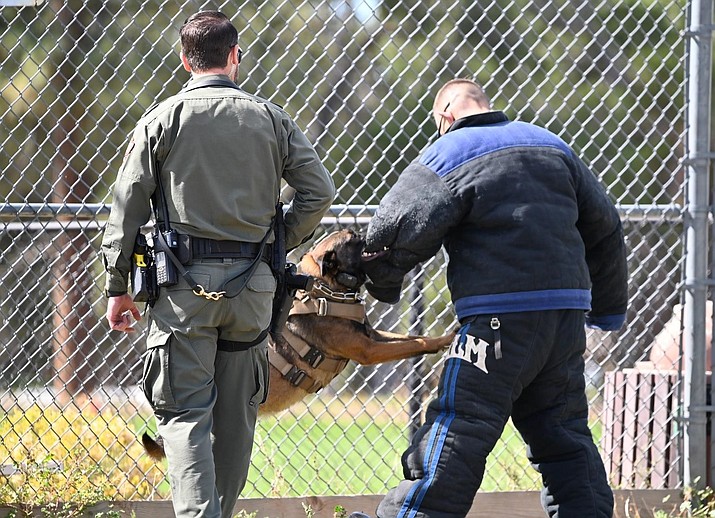 The following is a list of calls from the South Rim District Report for the period ending Oct. 8, 2022.

On Sept. 23, rangers responded to Market Plaza for an unconscious male lying in the parking lot. Rangers identified a 26-year-old male resident of Grand Canyon, who had consumed significant amounts of alcohol and was unable to stand, walk or remember what happened. The subject was issued a citation for being under the influence of alcohol and given medical attention.

On Sept. 25, rangers received a report of a possible verbal domestic incident in Pinyon Park. The house was dark and silent upon rangers arrival, residents described a normal evening, and the incident was unfounded.

On Oct. 1, rangers received a report of a male threatening a woman the Grand Canyon Visitor Center parking area. Rangers contacted a vehicle matching the description given by the reporting party; the occupants had been asleep and were unaware of any yelling or threats.

Law enforcement and emergency services responded to the South Entrance Station for a motorcycle crash with injuries. Investigation revealed that two members of motorcycle tour group collided with each other. The drivers were transported to the hospital for injuries sustained in the crash.

Coconino County Sheriff’s Office requested rangers respond to Tusayan for a female who had barricaded herself in the bathroom after her boyfriend attempted to enter the residence. Rangers were unable to locate the male but contacted the female and assisted in the investigation.

On Oct. 2, rangers responded to State Route 64 near Buggeln Picnic area for a motor vehicle collision. The vehicle impacted a tree about 30 feet off the roadway and the driver was transported to the hospital with minor injuries.

On Oct. 5, rangers received a report of an aggressive dog off-leash in the Mohave Apartments. The owner of the pet, a 42-year-old female resident of Grand Canyon, was arrested on an active warrant and received a citation for failure to restrain pet.

Rangers assisted CCSO in Tusayan with a verbal domestic incident. Rangers contacted a 52- year-old male resident of Williams, Arizona and a 39-year-old female resident of Grand Canyon, Arizona. The parties were ordered to separate for the evening by CCSO and the female was given a courtesy transport to Mather Campground.

On Oct. 6, rangers were dispatched to the South Entrance Station for a motor vehicle collision. The driver, a 21-year-old male resident of Grand Canyon, stated he fell asleep and collided with a tree. The driver was issued a citation for no valid driver’s license.

Law enforcement and emergency services were dispatched to a fight in progress near the Coconino Apartments. A 21-year-old male resident of Many Farms, Arizona and his cousin, a minor, had engaged in a physical altercation following a verbal argument. The two males received medical attention for minor injuries and were ordered to separate for the evening.

Rangers were dispatched to the same involved parties gathering outside of Victor Hall. The male subject had run toward Victor Hall shortly after rangers’ departure. Rangers assisted family in searching for the subject, who was eventually reunited with family.

On Oct. 7, rangers received a report of a male looking in the window of the women’s bathroom in Mather Campground. Rangers interviewed the reporting party and contacted a male matching the given description. The subject advised he was preparing for a rim-to-rim and denied any suspicious activity.