Grades are in: Williams Unified School District receives a 'C' 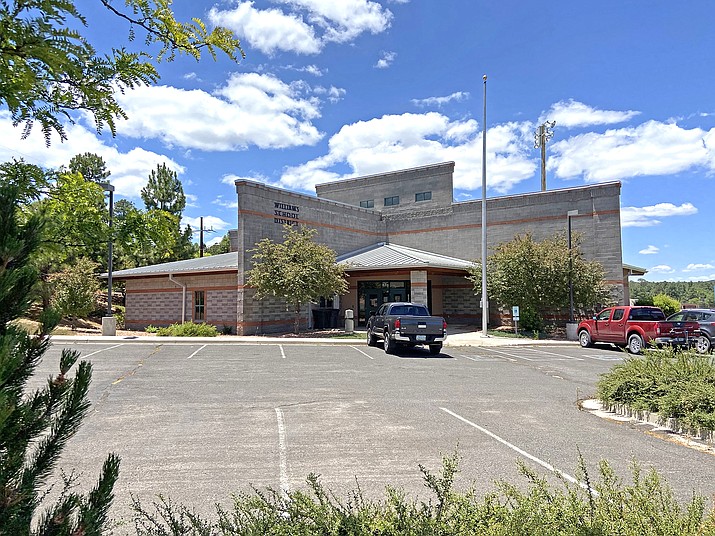 WILLIAMS, Ariz. — The Arizona State Board of Education (AZSBE) has released its A-F school letter grades for the academic year 2021-22, the first release since before the COVID-19 pandemic.

School letter grades are reported each year, but no grades were reported during the pandemic school years 2019-2020 and 2020-2021.

The last scores for Williams Unified School District were for the 2018-2019 school year, where Williams Elementary-Middle School (WEMS) stayed the same as the 2017-2018 school year earning a B rating and Williams High School moved from a C rating to a B rating.

The Board of Education has indicated that the letter grade system is intended to hold schools accountable for the quality of education taught. However, some schools, especially low-income schools, argue that the data gives an incomplete scenario of the schools’ grades.

“I don’t think that it is a complete portrait of who we are,” said WUSD superintendent Eric Evans.

The C grade does not come as a surprise for Evans. Factors such as the pandemic, changes with staffing, new administration, a new state assessment and a new state accountability model have made for a challenging year. He tells us that the state assessment has changed probably three times in the last four years.

“It was the AZ Merit, then it was the AZM2, then one year of no testing and now we went to the AASA (Arizona’s Academic Standards Assessment). I’m hoping we can settle into the AASA, get used to it and understand it,” he said.

The ACT (American College Test) has become the most common state accountability model in Arizona High Schools. The national average ACT Composite score for the high school class of 2022 was 19.8. This was the lowest national ACT score in over 30 years. Arizona received an average composite score of 18.4. For WHS this score was 16.9. The entire WHS junior class of 56 students took the test.

“We’re setting a goal in the district going forward to try to average in each of the ACT sections and overall composite score on the ACT of 19 or higher,” said Evans. “We’re using that because it helps us remain competitive and on par with the ACT average in the nation. It also is aligned with what the State Board of Education has deemed as the cut score for proficiency on the assessment.”

For WHS, English and math seemed to be the most challenging of the ACT testing, and while still low for the national and state average, their stronger areas were reading and science. The school received an average of 15.7 for English, 16.2 for math, 17.9 for reading and 17.1 for science.

Evans already has plans in place to get the school district’s scores up, including reintroducing the Galileo Benchmark assessment. This comprehensive test includes reading, writing and math. Its purpose is to measure student capability and gives WHS a prediction on how students will perform on the state assessment.

USATestPrep is another tool the school will be utilizing with goals to better prepare students with ACT question experience.

“There’s room for improvement,” said Evans. “I think (the C grade) is certainly something we can live with and be okay with for now with a mindset that we want to continue to grow and eventually become a B school and hopefully one day an A rated school. We want to continue to focus on student outcomes, achievement, growth and proficiency.”

Another worry for the school district is the state of the economy and housing market, as it has a direct effect on staffing.

“It’s getting very pricey to be living in and around this community. Of course that’s a concern when you’re trying to talk about retaining some of the best and the brightest to set our kids up for success,” Evans said.

Size, resources, different disparities and socioeconomic challenges are some of the factors Evans suspects for such ranging grade scores across school districts.

“Typically where there’s affluence and steady consistency with staffing and administration and all that, over time, you’ll tend to see higher scores and better letter grades and results. The rural school challenge is much different than the urban school challenge,” he said.

Evans believes that the grade WHS received is not a proper reflection of the school.

“There are many things in this community and this district that we are very good at that is never calculated or tabulated in a letter grade or report card on our schools,” he said.

Components such as athletic participation, extra-curricular participation and volunteer work are not calculated in the A through F grading scale.

“Why does that not show up in the accountability system as some sort of credit or value that we offer in the final letter grade? We’re just not well represented in some of those areas. I think that the state misses the boat on that,” Evans said. “We’re going to continue to be who we are, we’re going to continue to be mindful of the data, continue to strive to be better than a C but also realize that at the end of the day this is not everything. We’re not going to necessarily fall on our sword here for this either, but we do want to improve and we do want to be an A school at the end of the day.”

Heritage Elementary School in Williams also received a C grade from the board.

Principal Kaytie Dannenberger shares a similar viewpoint with Evans: the C does not mean everything.

“I believe that students are more than just a single test score, so I never view state scores as the full representation of our students. We have scholars, but we also have artists, peacemakers, athletes, students who are bilingual and students with many other talents that so often don’t get recognized,” she said

Heritage reports they are working hard to increase students’ reading and math fluency through additional support programs including after school tutoring.

“I always hope that we do better, but we tend to fluctuate so easily due to our small class sizes. So each student counts a lot towards our percent passing.” Dannenberger said.