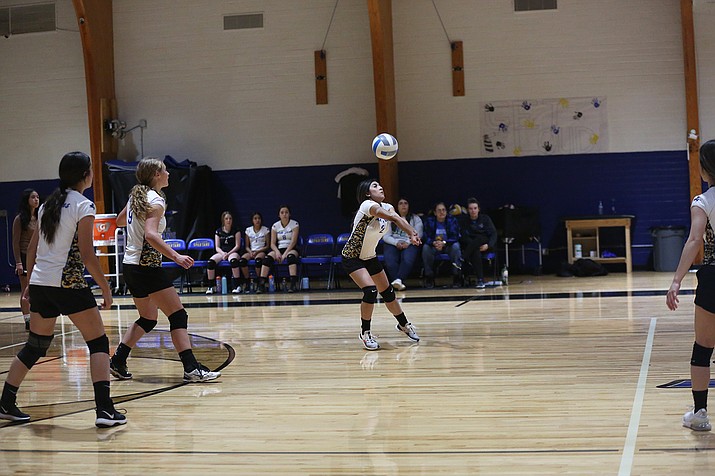 The Ash Fork High School girls' volleyball team wound up its season with a loss in first round 1A State action on Nov. 1.

"We had a good season," Ash Fork Coach Lauren Hume said. "It was awesome that we made it to state. We were a little nervous playing Cicero, but the experience will be beneficial for us next season."

She noted that her two seniors, Paola Acosta and Olivia Johnson, will be missed next season.

"The two of them were huge assets this season," Hume said. "The rest of the team is four freshman, and two sophomores. I'm looking forward to next year."

Several of the team received 1A Canyon Regional honors for their play throughout the season. Acosta, Johnson, Gracie Staples, and Aura Mendez were named to the first team. Aspen Bond, Crystal Nixon, and Jamie Keele were named to the second team.

Mendez was sixth in the region in the State 1A category with 590 digs. Acosta had 551 assists, and Staples accumulated 79 aces throughout the season. Johnson had 217 kills, and Nixon and 35 blocks.