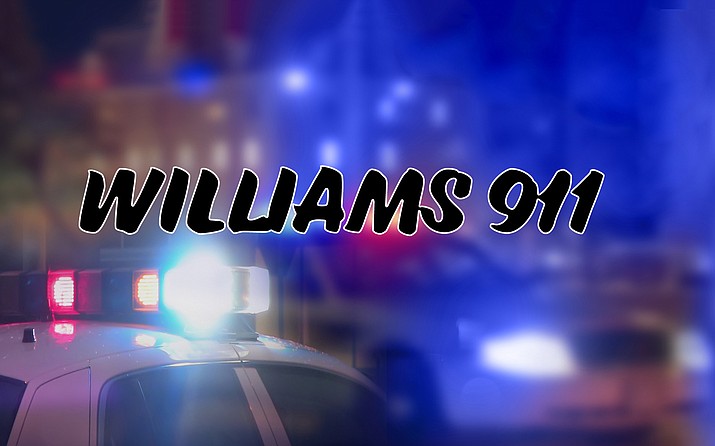 • Officers investigated a delayed report of possible sexual misconduct between students at Williams High School. The investigation was completed finding no case. Parents were already aware of issues and working on the issue with their children.

• Officers responded to a disturbance at a local residence. A pedestrian was cussing and arguing with the resident. The pedestrian walked away before officers arrived. Determined to be a mutual verbal altercation. No charges pending.

• Officers responded to a disturbance at the Senior Center after closing hours. A man was banging on the doors yelling. The subject was contacted and determined to be upset over leaving items inside the building.

• Officer responded to a Domestic Violence report at a local residence. A subject was reporting verbal altercation and threats from her fiance. The male subject was highly agitated and had possibly overdosed on medications. The subject was transported to Flagstaff medical by ambulance.

• Officers responded to a report of two deceased dogs in a yard. The owner reported her dogs possibly poisoned due to complaints of them barking. No evidence of criminal activity was noted.

• Officers conducted followup of an injured subject who walked away from the hospital. Officers attempted to locate the subject without success.

Visit williamsnews.com for the entire 911 report.