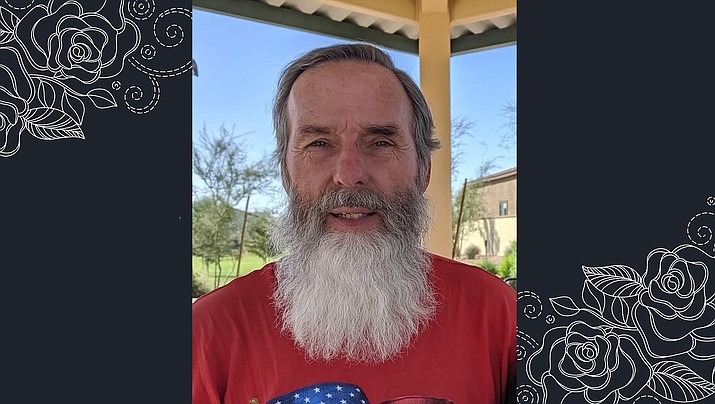 He was born in Waterville, Maine to Miriam and A. Chester Gushee on April 26, 1952. He was the second of six children. Following high school, Steve attended New Brunswick Bible Institute in New Brunswick, Canada, where he met and later married Florence Hall. In 1971, Steve enlisted in the US Army and after their wedding in Massachusetts in 1972, he and Flo traveled across the country to a new adventure in Colorado Springs, CO. Steve loved hiking in the Rockies and traveling the western USA.

When his term of military service ended, Steve worked seasonally as a surveyor’s assistant for the Federal Highway Administration. In 1979, he was hired by the Lolo National Forest in Plains, Montana. In 1988, he transferred to the Arapaho/Roosevelt NF in Idaho Springs, Colorado and then to the Kaibab NF in Williams, AZ, where he retired on Dec. 31, 1999. In retirement in Williams, Steve held various bus-driving jobs; he loved driving a shuttle bus at the Grand Canyon's south rim, which he did for several seasons. He also served as a Deacon at the First Baptist Church of Williams for many years.

In 1985, Steve’s lifelong dream of having a son was realized when Benjamin Joseph Gushee joined the family from South Korea. Three and a half years later, Kristina Lynn Gushee completed the family. Over the years four grandchildren added to his joy: Cory Jay (CJ) Henson, Jr., Tyler Henson, Reagan Gushee and Lincoln Gushee. He was so proud of his children and grandchildren and loved them all very much.

Steve is survived by his wife of 50 years, Flo Gushee and his children Benjamin Gushee (Reina) and Kristina Webb (Brian) and his four grandchildren. He is also survived by two brothers and two sisters.