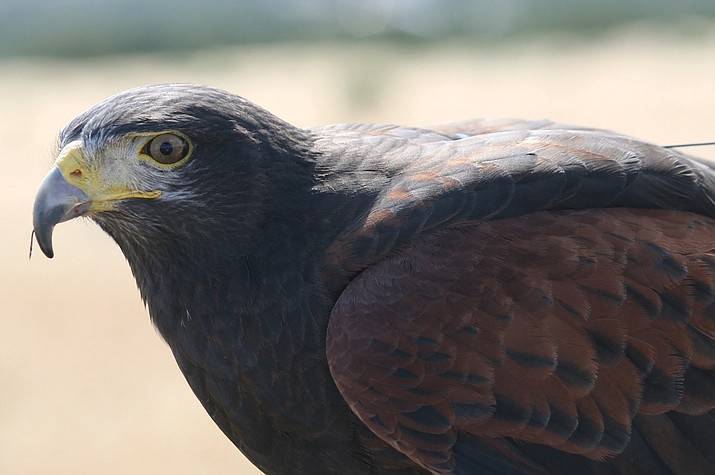 A Raptor Experience serves raptors in the wild and in captivity using education to help provide a better world for them. Pictured is Leroy the Harris Hawk. (Submitted photos)

WILLIAMS, Ariz. — Recently, I had the unique opportunity to accompany Dr. Michele Losee from the International Raptor and Falcon Center (IRFC), located near Williams, on a Raptor Experience.

The IRFC is a nonprofit organization that serves raptors, whether in the wild or captivity using education to help provide a better world for them. They offer a variety of educational programs for all ages to learn about these birds. They offer online courses, 1 on 1 coaching and consultation to falconers and raptor caretakers.

It was a picture-perfect fall day and, for the first time in a few days, no rain was in the forecast. The Sacred Peaks near Flagstaff were in their stunning fall splendor and the grasslands were thick.

Along with Dr. Losee and myself was a family of three. This family regularly comes from out of state for the IFRC Raptor Experience in the fall. The Raptor Experience offers guests a chance to see the raptors in flight, have them fly to their gloved hand, see them up close and hold them if they wish. 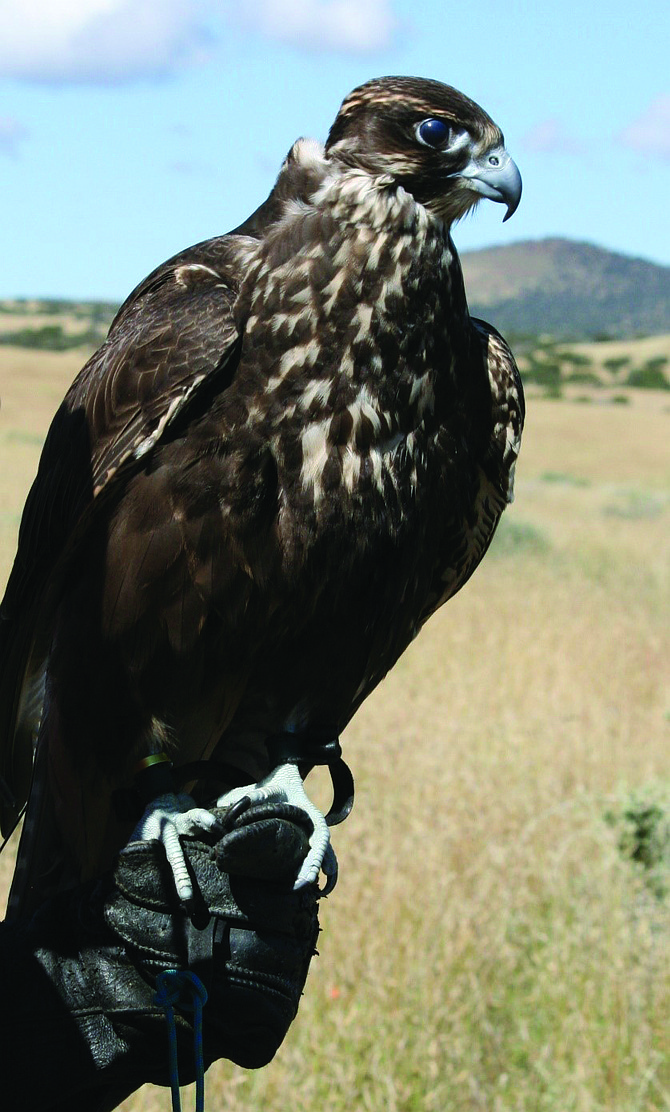 Enadina, a young Saker Falcon (Falco cherrug) was the first raptor to show her skills. Saker falcons are native to Eurasia and parts of North Africa and are considered endangered. They are the second largest falcon species in the world. Sakers prefer open grassland and agricultural areas, so the grassy meadow was perfect for her. Enadina was raised in captivity and has only been in training a few short weeks. But she showed no fear of being around strangers. When asked, she deftly flew from glove to glove of the visitors and easily caught the twirling lure. Enadina is a beautiful and rare raptor to view in person. 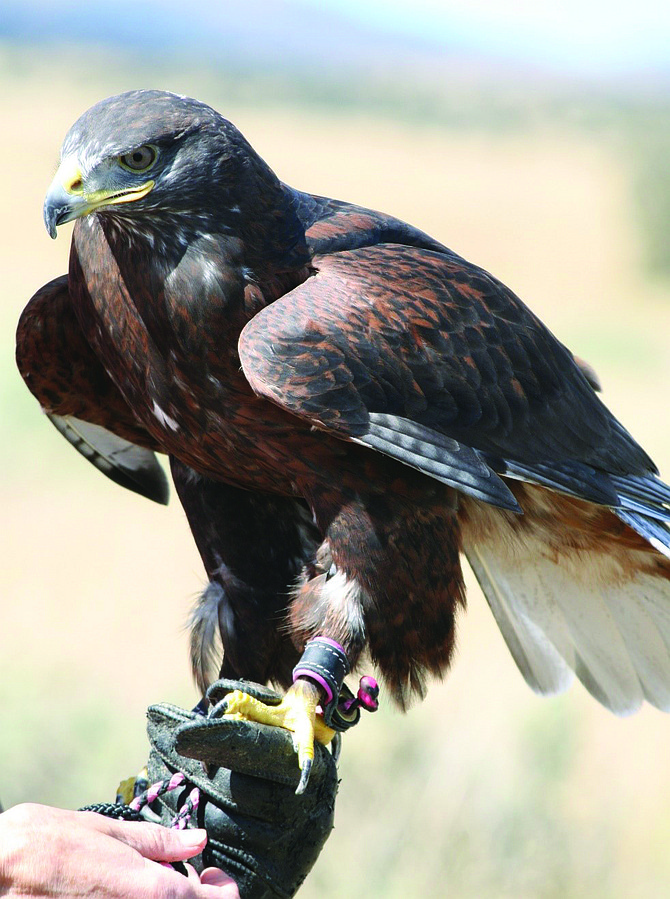 Quinn, a dark morphed (colored) female Ferruginous Hawk (Buteo regalis) was the next raptor shown. Quinn is eight years old and because of the dark coloring she is considered quite rare. They prefer grasslands and they can be found in Northern Arizona and most of the Western United States. They are generally acknowledged to be a species of conservation concern as their habitat is being encroached upon. They are difficult to study in the wild and also don’t like humans. They can be difficult to train. While the Raptor Experience guests were not able to hold her, her swift lunge from her perch to snare the feathered lure impressed us all.

The next raptor to fly was Leroy, a nine-year-old Harris Hawk. Humans have raised him since he was 4 months old, and he is an experienced hunter. He has a fondness for humans and, according to Dr. Losee, prefers them to other birds. When placed on the guests' gloved hand s,an audible cooing sound can be heard. That is Leroy’s way of saying “hello.” Leroy also followed us out into the field, hopping and trailing along behind us. When the excursion was done, he flew ahead and patiently waited on top of the car for us to return. 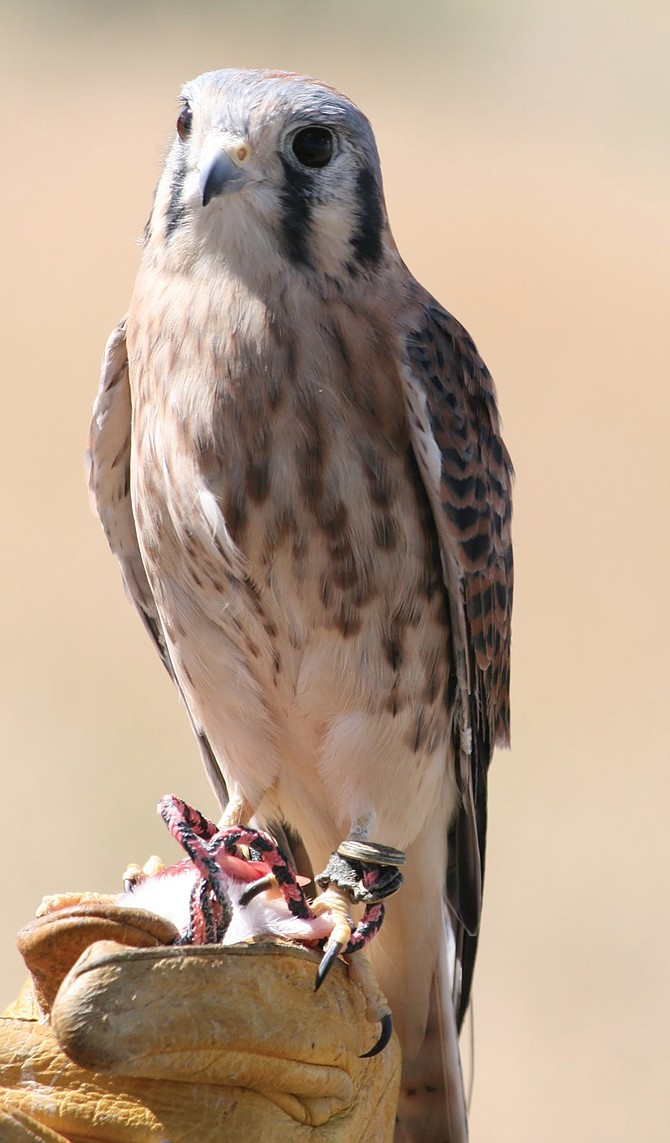 The last raptor to be seen was Aylen, a five-year-old American Kestrel. Kestrels are the smallest North American falcons. They can be found from deserts to grasslands and even alpine meadows in North America. Once common in the US, their numbers are rapidly declining. Aylen was rehomed from a stressful situation. She is now learning how to trust humans again. She perched perfectly on the gloved hand of one of the guests, earning high praise from Losee.