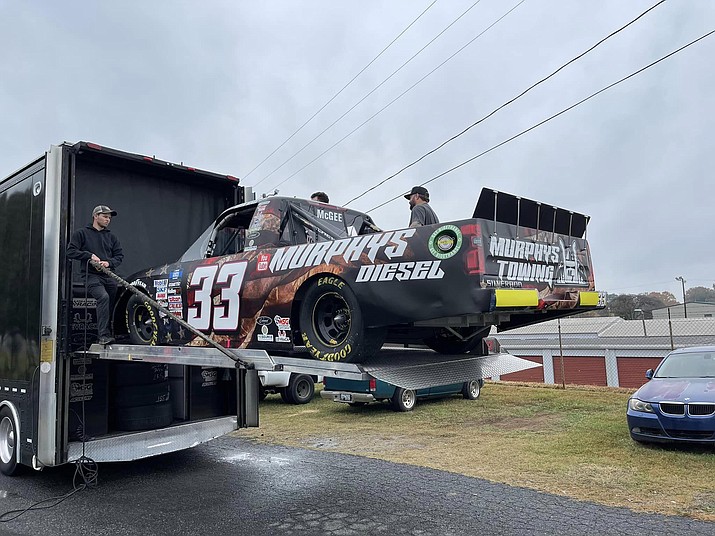 MOORESVILLE, NC — After responding to a minor accident involving a NASCAR car hauler Oct. 13, Murphy’s Towing and Diesel has announced a new sponsorship with Reaume Brothers Racing and Keith McGee who will be returning to the NASCAR Camping World Truck Series at Phoenix. 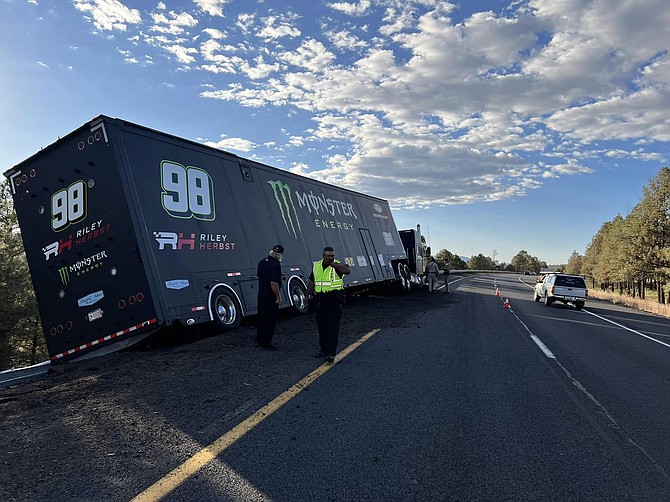 Murphy’s Towing and Diesel was recently in the spotlight for rescuing the No. 98 NASCAR Xfinity Series hauler after an incident in Arizona two weeks ago.

The story of McGee is nothing short of unique, and part of his story will ride with him at Phoenix.

“Every opportunity that I get to drive is truly a blessing that I have dreamt about my entire life and having Murphy’s Towing and Diesel come on board for the Phoenix race is an answer to a lot of my prayers,” he said. It’s an honor to have a company that loves this country as much as I do show me this kind of support. It’s easy to see why Murphy’s Towing and Diesel is the premier towing company in Arizona and the surrounding states, from recovering the wrecked Stewart-Haas Racing hauler two weeks ago to now entering into the sport of NASCAR, they have us covered.”

The patriotic paint scheme that will be running on #33 Chevrolet Silverado RST will pay tribute to all veterans and first responders, McGee said.

“I couldn’t’t be any prouder to race this truck as we honor all that have served,” he said.

Josh Reaume, owner of Reaume Brothers Racing, has seen McGee face adversity on and off the track, and is optimistic about McGee’s ability on short tracks.

“Keith’s story is nothing short of unique, and it is an honor to have him in our shop day in and day out,” he said. “His dedication to being a part of our team and the sport we all love drives him to new challenges, and I think Phoenix will show the ability in Keith that I’ve seen since the beginning. I’m looking forward to having Keith back behind the wheel of one of our trucks.”

McGee will be in the No. 33 Murphy’s Diesel and Towing Chevrolet Silverado RST during the Lucas Oil 150 at Phoenix Raceway Nov. 4 at 10 p.m. (EST) on FOX Sports 1.

Reaume Brothers Racing began in 1997 when brothers, Jonathan and Joshua, started racing in competitive kart racing. From the humblest of beginnings to the NASCAR Xfinity/Camping World Truck Series, Reaume brothers have been chasing the racing dream, competing in events all around the world.

2022 will mark Josh and the team’s fourth full season in the Camping World Truck Series, fielding the #33 and #43 trucks, and is proud to be the most diverse team in all of NASCAR’s three National touring series.

Josh Reaume was born in Redlands, California. He grew up in Nigeria for 13 years participating in humanitarian aid before moving to Vancouver, Canada with his family.

More information about Murphy’s Towing can be found on the their You Tube channel.