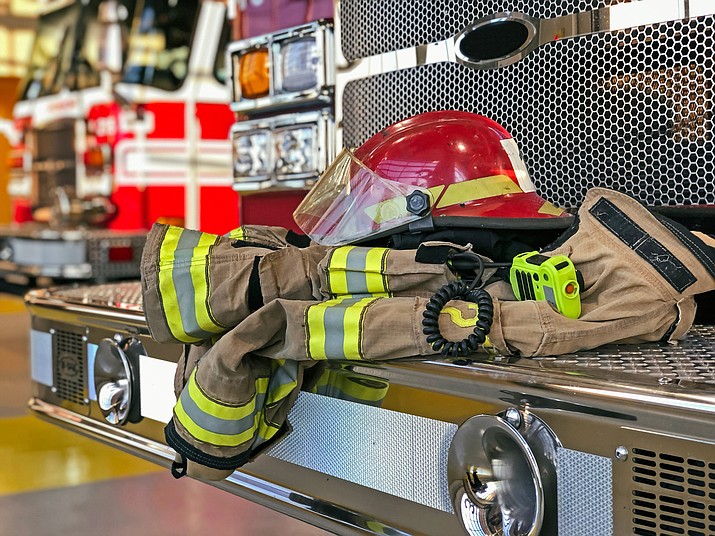 FLAGSTAFF, Ariz. — Proposition 310 would enact a 0.1 percent sales tax for 20 years to provide funding to fire districts. Some argue the funding is crucial and overdue, while others say it’s unfair and the result of mismanaged budgets.

For a $10 purchase, Prop 310 would tax one cent. The 0.1 percent sales tax is predicted to generate $150 million dollars annually, which would allow more funding for things like staffing and equipment. The increased sales tax would not only affect Arizonians, but also the over 40 million annual visitors, who in 2021 collectively spent 23.6 billion dollars in Arizona according to the Arizona Office of Tourism.

The state's 144 fire districts would benefit from the new tax, mostly in rural areas, according to the Arizona Fire District Association. It also aims to protect millions of drivers and passengers who travel the interstate highways and roadways connecting Phoenix, Tucson, Kingman, Flagstaff and Yuma – all of which are served by fire districts.

“Districts have already been in a tight funding position,” said Casey Gonzalez engineer paramedic with the Flagstaff Fire Department, as well as secretary treasurer of the United Flagstaff Firefighters IAFF Local 1505. “They’ve streamlined our budgets down to be as efficient as possible and the reason that this is coming to the voters right now is because it is at a critical point.”

Gonzalez said budget shortfalls have been a problem for over a decade. With the Arizona population continuing to increase and more being demanded of fire districts, firefighters are spread thin.

“Fire departments and districts are continuing to be asked to do more and more," he said. "Wildland responses, the busy freeways, more rescues as people are getting out into the woods, we don’t say no to anything and we continue to respond no matter what. The other calls don’t stop when that happens, so you’re still having medical emergencies, car accidents, etc. Having adequate resources for everybody is what helps us all out whether you’re a resident in a city, a rural area, or traveling through.”

“In all of Arizona there are 35 municipality fire departments and 144 Arizona fire districts; if you ever travel outside of a city or town, you will be covered by a fire district,” he said. “In the event of a medical emergency of any sort, the residents of the fire district will pay the costs via their taxes.”

According to Darlee Packard, CAFMA Board Clerk and Central Arizona Fire and Medical Authority of Prescott Valley, fire districts are struggling. Approximately 85 percent of their revenue is based on property taxes.

The costs are outpacing the 5 percent limited increase (of property taxes) allowed by law. Property values do not reset when property is sold, so there is no financial gain when values increase because of skyrocketing market values.

“Population and call volume increase but revenues are suffocated by the increased demand on their resources,” Packard said. “The Federal government failed to provide pandemic relief funding for the spiraling costs brought on by the COVID-19 mandates and inflation. This scenario is made worse by the rising costs of fuel, equipment, training needs, insurance costs and funding of the PSPRS retirement system.”

Opponents of Prop 310 say fire districts have misused public funds and it is an unnecessary burden on statewide taxpayers.

“This proposition is at its core a 20-year commitment to a state-wide sales tax increase meant as a taxpayer bailout for fire districts,” said Senator Keli Ward. “This proposition discourages fiscal responsibility in these fire districts and incentivizes each one to increase spending now that they are given access to a statewide pool of taxpayer funds. To put it simply, residents in Phoenix and Tucson shouldn’t be paying for the wealthy and affluent fire districts of Sedona. This is a slippery slope and sets a bad precedent.”