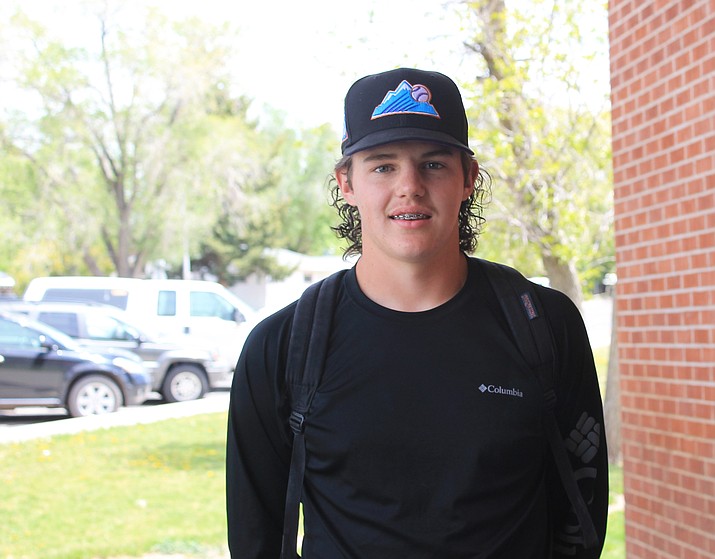 Preston is a senior at Williams High School. He has attended school in Williams since kindergarten.

In high school, Preston has been active on the football, basketball and baseball teams. He played tight end and defensive end on the football team, and first base in baseball. He's also been involved with welding.

Preston's favorite class in high school was career prep with Mr. Hatcher, but he has also enjoyed personal finance.

He said Mr. Brownlee has helped motivate him in school.

"He's pushed me and helped me to find the right path and stay out of trouble." Preston said. "He's also shown me how to have a good work ethic."

Preston said his family has also been very supportive of him.

In his free time, Preston likes driving around and being in the forest. He enjoys hunting and hiking. He also likes hanging out with his friends.

His best experiences at the high school were bus rides to athletic events. He also said he has great memories with friends who have already graduated.

Outside of school, Preston does landscaping with Troy Mortensen. He also works at Elephant Rocks Golf Course.

After graduation, Preston plans to work at a limestone quarry near Peach Springs.