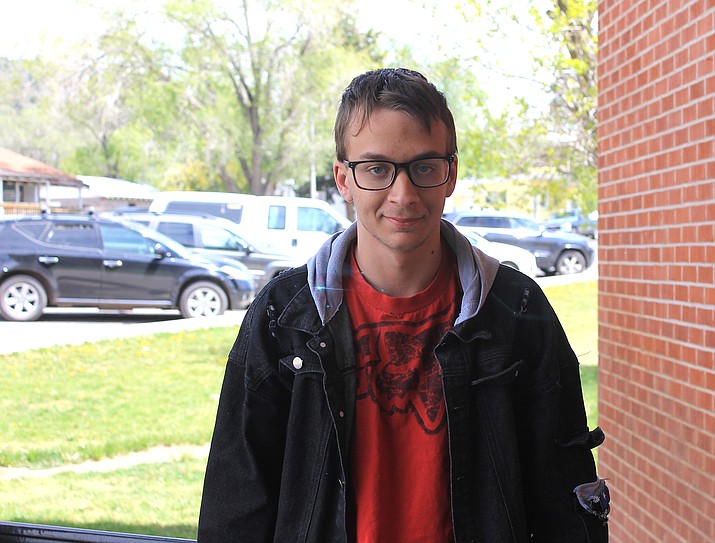 Aaron is a senior at Williams High School. He has attended school in Williams for two years. He moved here from Las Vegas, Nevada.

He said he has enjoyed living in Williams.

In high school, Aaron has been involved with culinary and weights. He is the senior class treasurer.

Aaron said he enjoyed his classes at the high school and likes to learn.

He often likes to read in his free time.

He said Mrs. Alexander has been encouraging at the school.

Aaron said some of his best memories in high school were attending school dances.

In his down time, Aaron likes to play games and sleep. He also enjoys music.

Outside of school, Aaron has worked at McDonalds.

After graduation, Aaron plans to attend college. He is looking into the free summer courses at Coconino Community College. He would like to study computer technology.