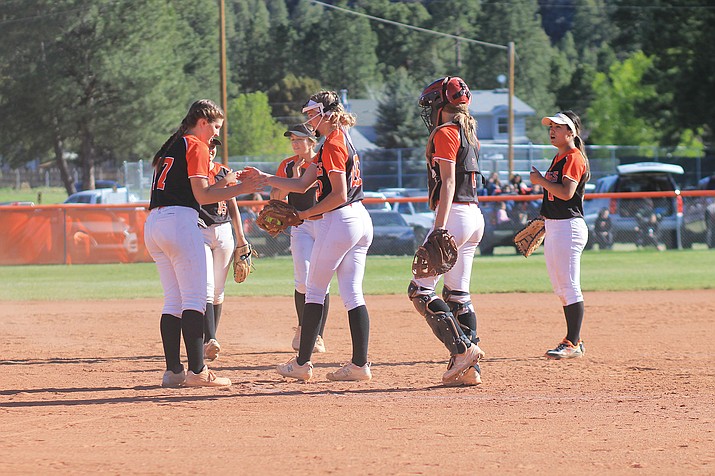 The Lady Vikings finished the 2022 season with a loss at the state semifinals. (Wendy Howell/WGCN)

WILLIAMS, Ariz. — The Williams Vikings softball team closed the 2022 season with a loss to Superior, 4-0, in the 1A State semifinals May 12.

The Lady Vikings defeated Valley Union and Desert Christian in the state first and second rounds to advance.

Kai Mortensen finished the season ranked first for season wins at 17, and ranked third in ERAs, with 1.69. She also had two no hitters.

Shaelee Echeverria was sixth in home runs with seven this season. She also was ranked seventh in RBIs, with 36. Cheznie Carter was second in catching with a .476 average.

The team is losing Chanel Perkins, Chesnea Larimore and Kaleigh Maust to graduation.