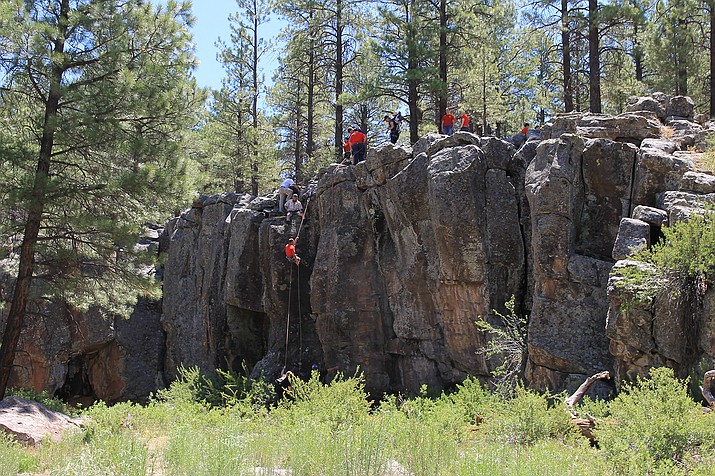 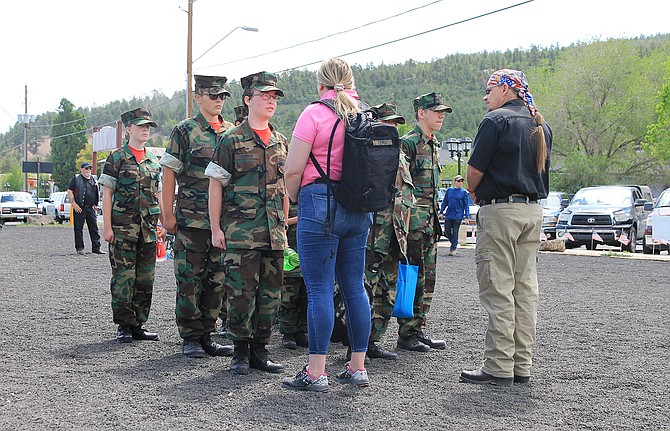 In June and July, the group learned rappelling and attended the Moving Wall for Vietnam Vets and the Remembering the Fallen in Williams, Arizona. The group also participated in the Kingman Encampment in Seligman and heard from Northern Arizona Recruiters.

In September, the Young Marines participated in the Patriots Day Parade in Williams and in October attended the DDR Encampment in Yuma.

In November, the group explored the Flagstaff Extreme course and visited with local American Legions.

In February, they participated in the Tough Mudder in Phoenix, Arizona and in March they heard from Midwestern University speakers.

In April, the Young Marines heard from guest speaker Samuel Tsosie Jr. who talked to Young Marines about perseverance and working toward their goals. They also participated in the Ash Fork School Encampment and lock in.

In addition to these events, other activities consisted of weekly meetings with Drug Demand Reduction and a United States Military History classes. Young Marines also served as Color Guard for the eighth grade promotion and experienced an encampment at the school where they practiced field skills with tent set up, learned about flag etiquette and drill and ceremony. Young Marines also served as fire-watch throughout the night and early morning. A few Young Marines along with Adult Volunteer Justine Galvan set up a table at the 33rd Annual Fun Run in Seligman April 30 to inform the community about the Young Marine Organization.