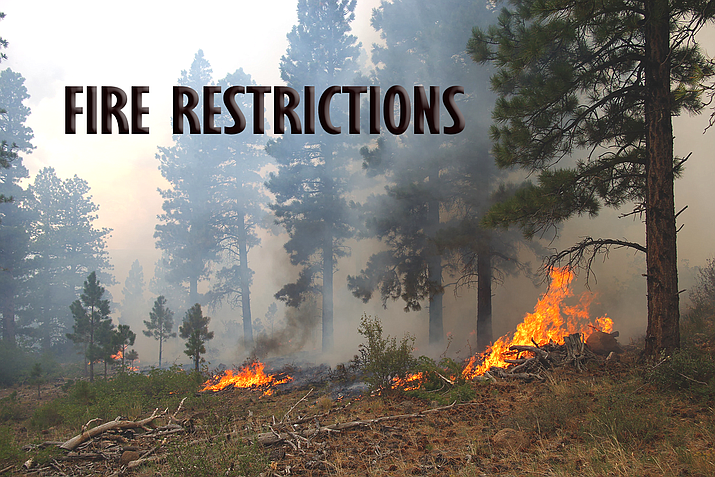 FLAGSTAFF, Ariz. (AP) — With above-normal wildfire conditions present across much of Arizona, restrictions on campfires and other fire sources took effect May 5 in most of national forests in the state.

The Kaibab forest's restrictions apply to the Williams and Tusayan districts south of the Grand Canyon.

Southeastern Arizona's Coronado National Forest, which often implements fire restrictions later than other forests in the state, is not currently under any restrictions, Coronado spokesperson Starr Farrell said.

The increased fire danger is due to insufficient moisture and dry fuel conditions across the forest and the restrictions reduce unwanted human-caused fires, the Apache-Sitgreaves forests said in a statement.

Below-average precipitation in January through April has allowed abnormally dry conditions to continue across northern Arizona, the National Weather Service's Flagstaff office said in a May update to its wildfire season outlook.

The odds are tilted toward warmer than average conditions this summer but also a monsoon wetter than average most of the summer, meteorologist Tony Merriman said.

Wildfires have become a year-round threat in the drought-stricken West — moving faster and burning hotter due to climate change, scientists and fire experts have said. Fire officials also point to overgrown areas where vegetation can worsen wildfire conditions.