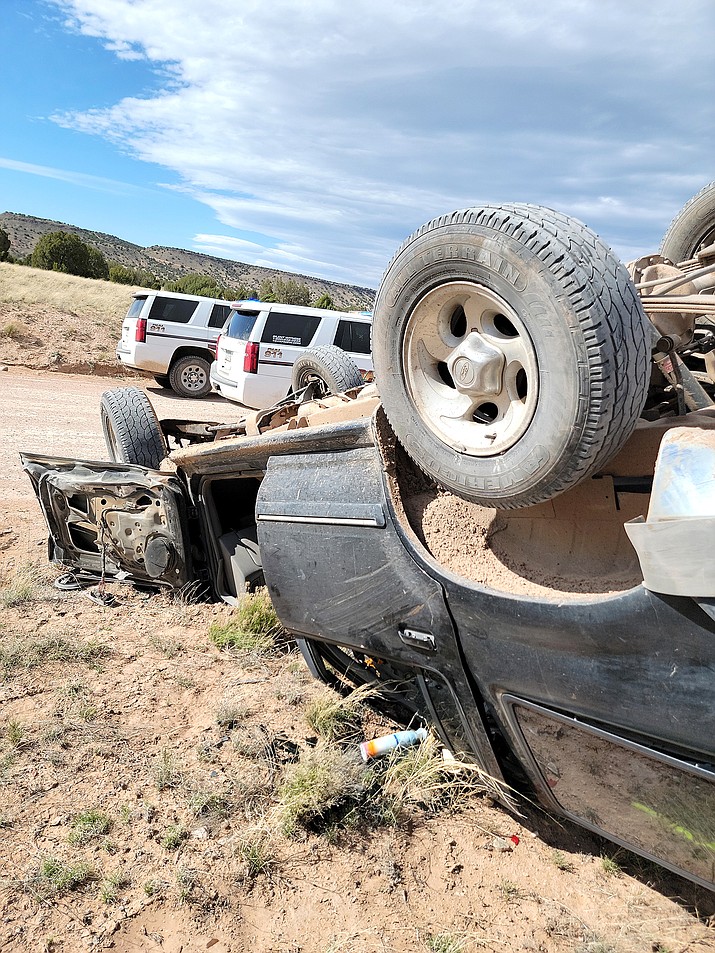 Yavapai County Sheriff’s Office responded to a rollover that claimed one on Perkinsville Road April 19. (Photo/YCSO)

The accident resulted in the death of the driver, Justin Ray, 32, of Mesa Arizona.

The surviving and uninjured passenger reported the two were on their way back from a nearby lake when the driver lost control which caused the vehicle to overturn. A passerby stopped and attempted life saving measures on Ray, while a second person called 911.

The accident remains under investigation.