Out of the past: Red Lake community part of Williams’ unique ranching history 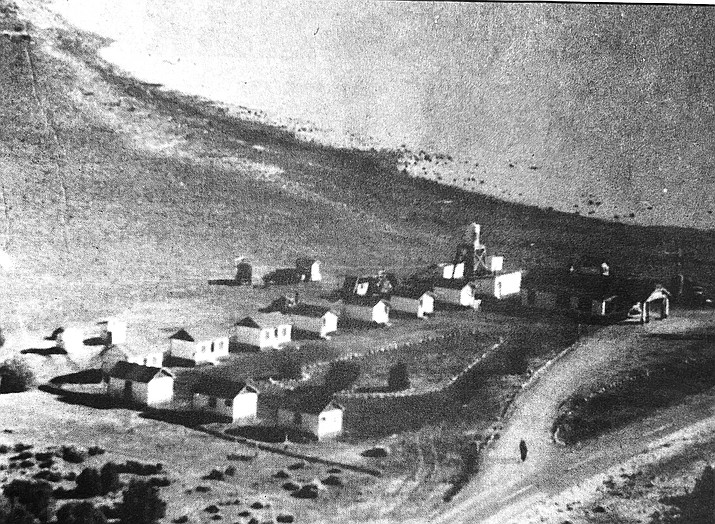 The Red Lake trading post circa 1930. The community was named for lake in the background. The red cinders make the water appear red, hence the name. (Photo/Williams Historic Photo Archive)

Although mostly known now for being a quiet residential area nestled in the pinyons and junipers, the Red Lake area is a significant footnote in the history book of Williams.

The Red Lake area encompasses about 40,000 acres, 9 miles north of Williams, with several thousand residents spread across the high desert at 6,300 feet with views of Bill Williams, Kendrick, Sitgreaves and the San Francisco Peaks.

In 1857, Edward Beale moved his historic wagon train through the area, traveling northwest over Spring Valley, camping at Law Springs where petroglyphs on boulders have been traced to Cohonino Indians who roamed the area from 700 to 1100 A.D. Beale’s task was to survey and make a western wagon road almost a third of the way across the nation. His road served as a preliminary approximation for a western railroad from the midwest to the Pacific Coast.

He also tested a curious experiment of Jefferson Davis, which failed, to see if camels could be as useful and as popular as horses as beasts of burden.

In 1898, a trading post, post office and trading post were located on the site of the current Shell gas station, according to previous owner Joe Petrillo in a 1999 Williams-News story.

Red Lake is named for a small volcanic lake that occasionally appears after a good monsoon season.

In the early years, when ranching was prevalent, Red Lake was a loading area for cattle, with several cowboy camps.

Early settlers in the study area include James Hoctor, the Camerons, the McNellys and Perrins. The Bird’s, Thomasons and Granthams were also early homesteaders. As late as the 1940’s, Fred and Goldie Morris, who lived at the north end of Red Lake Valley, could be seen in horse and buggy heading for town.

The Red Lake Campground and Gas Station were built in the late 1930’s by Joe Sharver.

Prior to the late 1960’s, the entire region was dedicated to ranching. Agriculture was dominant in Red Lake Valley, east of Highway 64 where potatoes, pinto beans, corn, oats, and wheat were cultivated by George McNelly, Jess Cameron and James Clark.

The Red Lake Trading Post closed down between 1979 and 1983, when a campground and house were built.

By the mid 1970’s, several areas in the Red Lake valley had been subdivided and sparsely developed. Despite being a water-haul area and a few wells, the quiet and proximity to Williams and the Grand Canyon has lured several thousand residents to the area.

The Grand Canyon Railway traverses the area along State Route 64. Originally begun in 1901, it carried cowboys, miners, presidents and kings to the Canyon until increased motor traffic made the line unprofitable. The rail line ceased operation in 1968, but was restored in 1989 and is a popular tourist attraction. Residents of Red Lake are daily witnesses to the Railways train robberies.