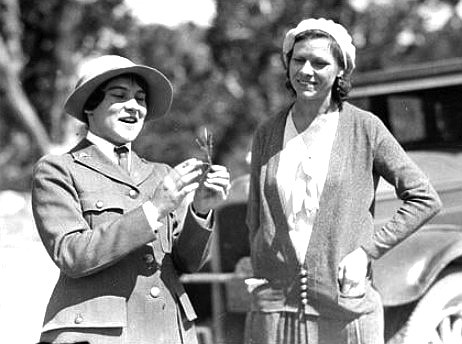 GRAND CANYON, Ariz. — Ninety-three years ago, groundbreaking progress was made in the role women play at Grand Canyon National Park.

Polly contributed immensely to the park’s history and the role women play in science as well. She pursued a master’s degree in botany, studying the unique alpine meadows on the North Rim of Grand Canyon in the summers of 1928 and 1929. On her own, Polly also created a comprehensive botanical catalogue of the entire North Kaibab Plateau, contributing specimens to the National Museum in Washington. She was the first person, let alone a woman, to do so.

After completing her master’s, Polly applied as a forest ranger with the United States Forest Service to continue working on the North Kaibab Plateau, but was denied the position solely because she was a woman. Polly then applied and was accepted to work at Grand Canyon for the National Park Service (NPS).

As a female ranger naturalist, Polly wore a riding habit, the uniform at the time, but was prohibited to wear the official ranger hat—as the superintendent wanted her to maintain a “womanly demeanor”.

She became close friends with ranger naturalist Eddie McKee and was courted by Preston Patraw. Polly and Preston were married May 1, 1931, and Preston asked her to put away the NPS uniform to become a mother.

Although no longer working, Polly continued her studies of botany as Preston’s career brought them around the Southwest. In 1952, she published a book, Flowers of the Southwest Mesas, which sold over 65,000 copies.

Polly Mead Patraw is still recognized as a crucial figure in Grand Canyon’s history and is widely talked about across the park. She paved the way for female rangers and helped establish an understanding that women are strong, smart, and daring enough to be rangers, too.