Phantom Ranch opened in Grand Canyon 100 years ago this week 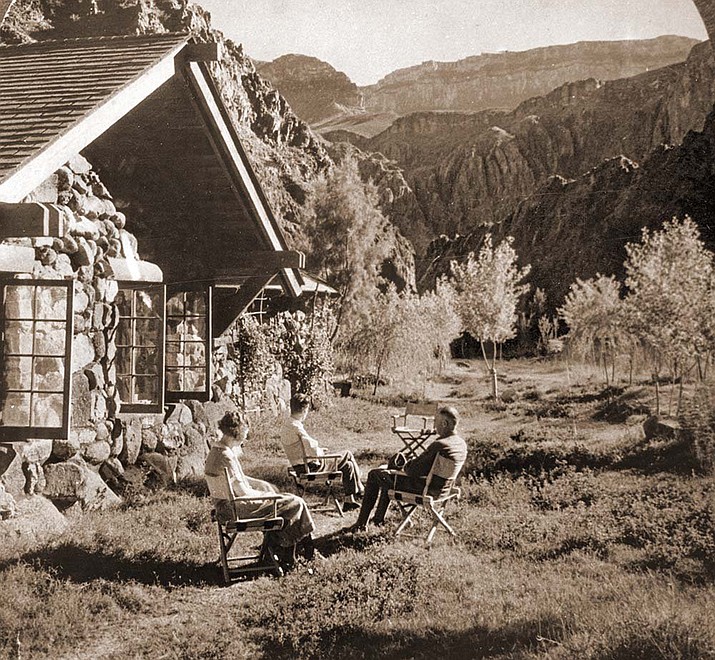 Three guests of Phantom Ranch sit on canvas folding chairs outside of the main lodge building in 1925. Phantom Ranch opened to the public in 1922. (Photo circa 1925, Keystone Stereograph Co.)

On or about the 15th of June, Phantom Ranch, a new development in Grand Canyon National Park, will be opened to visitors.

The new establishment is situated on the east bank of Bright Angel Creek, a few feet above the level of the Colorado River and approximately half a mile north of the Kaibab Suspension Bridge over the Colorado River. It is one mile vertically below the Rim of the Canyon. In the form of a miniature fruit ranch with a large main building with dining room, rest room and kitchens, and three large cabins for the accommodation of visitors, it will provide something very much out of the ordinary among the many attractive camps in the national parks. 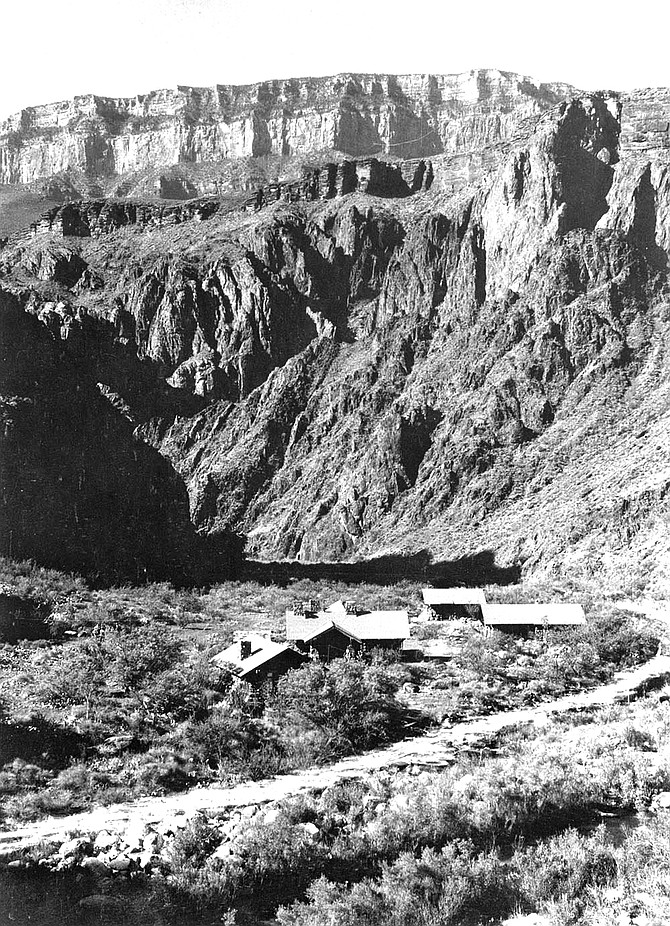 A promotional photo of the original Phantom Ranch buildings and Bright Angel Creek, circa 1922. (Photo/NPS)

The buildings are of stone construction, multi colored boulders, in which the Canyon abounds having been used throughout. The cabins are furnished in peasant style. Color has been lavishly employed in decoration and the interiors present an extraordinary attractive appearance.

A water supply has been installed and each cabin is fitted with a private shower. Generally the service will be on a scale as extraordinary, in a situation where all supplies must be transported by pack, as is the trip down into the Canyon and up Bright Angel Canyon to the North Rim.

The soft grey green of the roof shingles mingling with the varied colors of the exterior woodwork; the surrounding profusion of greenery; the silvery creek winding through the ranch; all with the chaotic background of the Granite Gorge- combine to give an effect, startling and mysterious, yet not anomalous, nestling in the shadow of that Canyon giant, the Temple of Buddha.

It is safe to say that Phantom Ranch will become one of the most visited places in the National Parks.