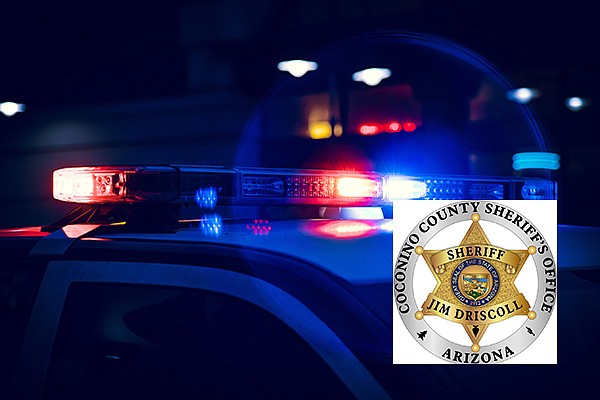 Law enforcement officers responded to reports of multiple people injured in a shootout around midnight July 21.

Yavapai County Sheriff’s deputies and criminal investigators, along with Coconino Sheriff’s Office and DPS, responded to the scene of a shooting in Ash Fork off Cooks Trail. The 911 call stated two people were shot, and the caller said the suspect said he would not put the gun down when law enforcement arrived.

Because of the nature of the call, law enforcement responded in force with more than 15 officers, YCSO said.

The YCSO SWAT was also called in for the safety of all involved. However, deputies discovered that two victims appeared to have life-threatening gunshot wounds necessitating immediate medical attention. The decision was made to help the victims prior to SWAT’s arrival, YCSO said.

"The YCSO SWAT was also called in for the safety of all involved," the YCSO release said. "However, deputies discovered that two victims appeared to have life-threatening gunshot wounds necessitating immediate medical attention."

The seriousness of the injuries, and the probability that an ambulance would have difficulty getting to the area of the incident, prompted YCSO deputies to take the victims in their own vehicles to EMS, YCSO said. The victims were then flown to area hospitals. Both gunshot victims underwent surgery and their status was unknown at press time.

After a search of the scene, law enforcement found multiple weapons, numerous shell casings and a blood trail leading to a nearby home. No other victims were located after a brief search.

“Law enforcement did a fantastic job getting the wounded individuals out and safely securing the scenes for the investigators, YCSO Criminal Investigations Bureau Lt. Michael Dannison said. “The deputies were courageous and did the right thing for the victims.”

YCSO is currently investigating the crime and interviewing multiple suspects.