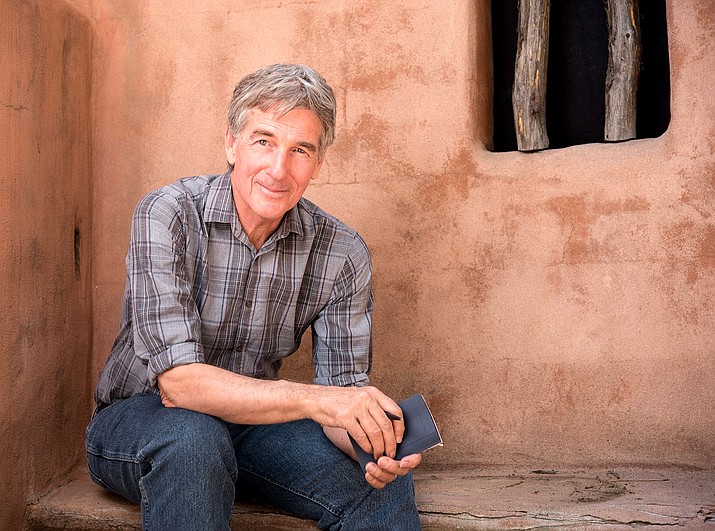 Scott Thybony is the 2022 Pioneer Award recipient. Thybony was recognized by the Grand Canyon Historical Society July 16 for his many years of service and dedication to the Grand Canyon community. (Submitted photo)

There are some who dig deeper than others and overflow in their commitment and contributions to a place or to a group of people — to honor these passionate souls, the Grand Canyon Historical Society recognizes several individuals and their efforts each year.

According to the society, the Pioneer Award is given to honor living individuals who have made a significant and lasting contribution to the understanding of, and knowledge about, the Grand Canyon of the Colorado River.

“For more than 40-years, author Scott Thybony has devoted himself to capturing the essence of Grand Canyon and sharing his love for this landscape,” wrote Dr. Tom Myer in his letter nominating Thybony for the award. “Including at least a dozen Canyon books and many more articles, ranging from whimsical musings to serious, original research on historical figures and events, Scott’s contribution to Canyon literature is an enduring and significant body of work that stands among the very best. Indeed, of over fifty active publications published by the Grand Canyon Conservancy, Scott has written nine of them.”

An anthropologist by education and a writer by profession, Thybony has been a dedicated explorer of Grand Canyon since 1967. His early work experience includes time spent at Phantom Ranch, a commercial trail and river guide, and an NPS river ranger. In 1972, Thybony and his brother, John, became the first two individuals to walk the complete length of the north side of Grand Canyon National Park below the rim, among other accomplishments. 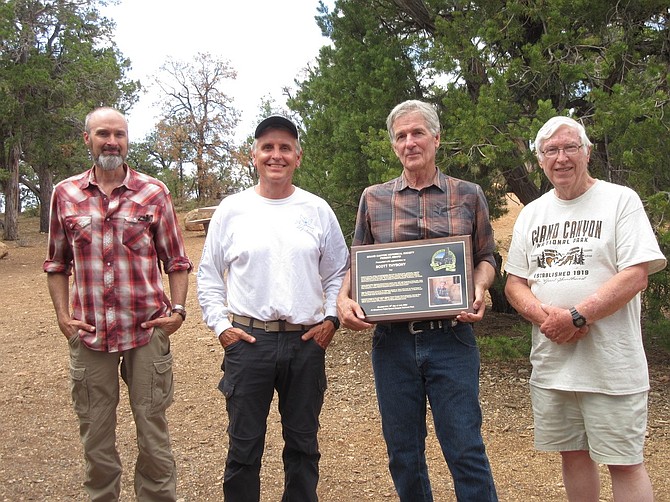 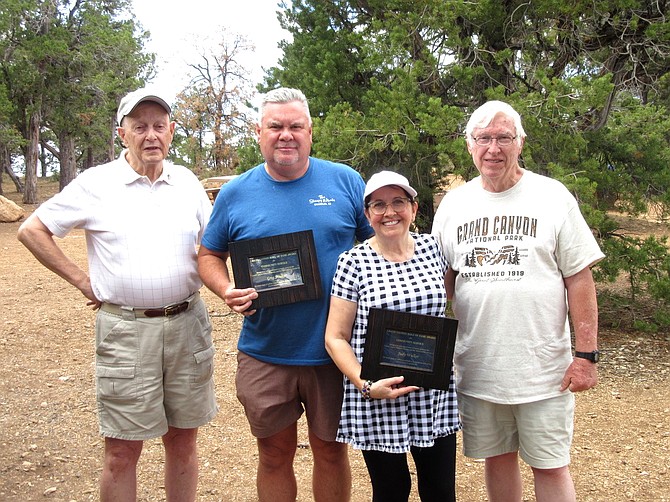 Greg and Judy Walker were also recognized and presented plaques for their service to the Grand Canyon community.

“These recipients have made personal contributions of money, time, support, and/or work over a period of many years,” said Grand Canyon Hall of Fame Chair Al Richmond.

According to the GCHS, Greg worked 17 years for Babbitt Brothers Trading Co. beginning as stocker and progressed to store manager. He continued on with Delaware North for another 18 years as assistant general manager and director of retail.

Greg also served as president of Grand Canyon Youth Activities which is the fund raising arm for AYSO Soccer, Little League and senior league baseball, youth basketball, T-ball and basketball travel team. In addition he coached all sports, except soccer. Greg also managed to serve as the JV and head coach for the Grand Canyon High School basketball teams.

“Delaware North looked to him to be their leader in community involvement and projects. And, they appointed him to their scholarship committee where he created the first environmental based scholarship for high school seniors,” Richmond stated.

Greg also served on the first Grand Canyon Recreation Center Board that oversaw fundraising, design and construction of the building, purchasing, bylaws and grand opening.

Judy has the unique distinction of being born in what was once the Grand Canyon Hospital, being raised in one of the historic homes on Apache Street, and attending the only kindergarten through twelfth grade school in the national park system. Her community service began with babysitting for the Verkamp family when she was eleven. To carry on that legacy, Judy taught preschool and served as kindergarten and special education aide for many years.

She also coached the Tiger Cubs AYSO soccer team and serve as team mom. Much of her life became oriented around the schools through service on the PTA, booster club, fund raising for day care, creating the Bridging the Gap program to find healthy ways to entertain the school kids in the community, chaperoning school activities, and sponsoring exchange students in their home. She also served through the Catholic Church.