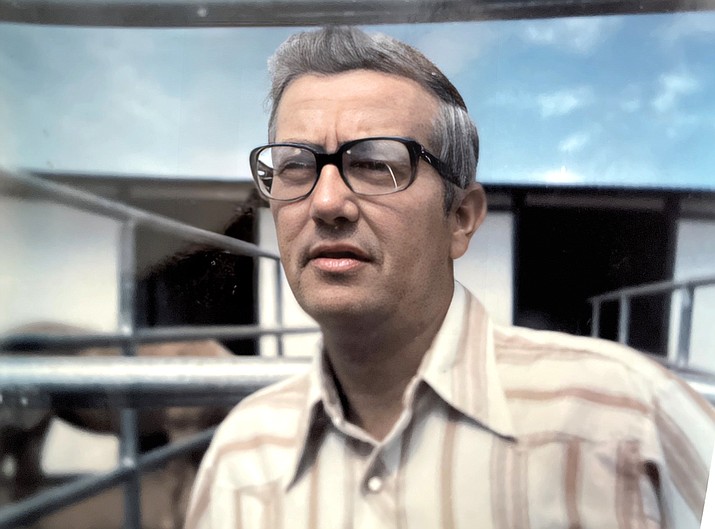 He was born in Parma, Ohio, and lived around the Cleveland area as a young man.

Stan proudly served his country in the Army 82nd Airborne Division during the Korean conflict. An excellent soldier, Sargent Rock went on to train many paratroopers at Ft. Bragg. After serving, Stan fell in love with the next-door neighbor and married Marian C. Brenner in 1959. They were married for over 50 years before Marian passed in 2010.

An Arizona resident since 1962, Stan came west with his wife and son David to open a Western Auto store in Williams. A second son, Brian, was born in Williams in 1963.

Stan was heavily involved in community activity. He was a member of the Williams Volunteer Fire Department and helped to coordinate many activities including the annual 4th of July fireworks. Both he and Marian were very active with Williams Mountaineers 4-H Club, serving as leaders, working with innumerable youth. Volunteering was not limited to the Williams community. Stan served as the Coconino County Fair Livestock assistant superintendent graduating to superintendent over the years. Stan also served on the Coconino County Parks Commission for years. Stan worked at numerous jobs in Williams, including managing the Belaire Motel and retiring after 20 years at the Williams Unified School District.

In their later years, Stan and Marian’s passion was raising and showing award-winning Collie dogs. Their dogs were shown throughout North American. A room in their home was dedicated to trophies and ribbons won nationally and even internationally. Stan and Marian also had a fabulous Christmas light display that was noteworthy every year.

The family is planning a graveside memorial in the fall. The family is requesting in lieu of flowers, donations to the Williams Fire Department to be made in Stan’s honor.

Stan will be missed greatly, as he was loved by those lives he touched —-family, friends, colleagues, and youth alike.

His smile and his sense of humor were contagious.