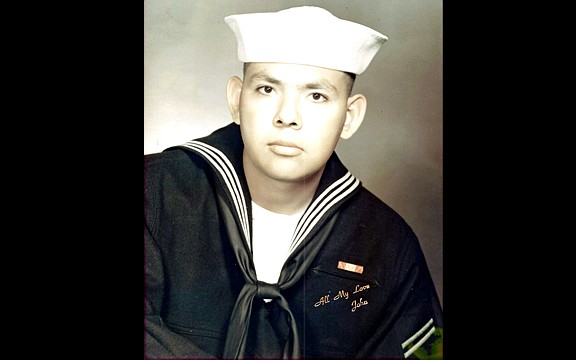 He passed at his home in Lake Worth, Florida with his wife by his side.

Born on November 4, 1951 in Williams, Arizona, John spent his early years in Ash Fork, then moved to Williams in 1961.

John graduated from Williams High School in 1970 then joined the U.S. Navy, He served until 1972, in Vietnam on the USS Enterprise (CVAN65), then was in the Naval Reserve until 1976. Returning home from the Navy, John was in a local band called “Tumbleweeds,” which he was singer and drummer.

In 1979, he moved to Flagstaff to attend NAU, where he met the love of his life, Phyllis.

In 1980, they were married and lived in Flagstaff until 1988 then they moved to Florida, where he spent the rest of his life. John was full of life, always joking, he loved music and always fiddling around the house. Like his dad, Ramon, his yard was always beautifully groomed.

John was proceeded in death by his father, Ramon, mother, Inez, sister, Racheal and brother, Bob.

A celebration of life will be July 23, 2022 at St. Joseph Catholic Church, 900 W. Grant, Williams, Arizona, at 11 a.m., afterwards come share memories at the Church Hall.