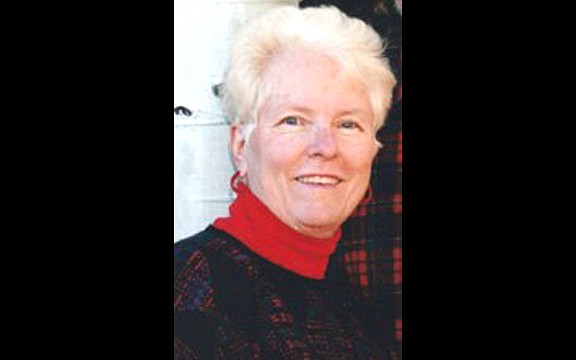 Dorothy Lillian Miller, longtime resident of Williams, Arizona, passed in peace May 5, 2022 at the age of 79.

Dorothy was born to Norviel and Norma (Smith) Eyrich in Flagstaff, Arizona on May 20, 1942. She graduated from Flagstaff High School in 1959 and lived all but two years of her life within 30 miles of Flagstaff.

In 1960, she met John Miller and on June 4, 1961, this meeting soon gave way to an almost 60-year marriage. They raised three strapping young boys, each as merry and ornery as John, but as compassionate as Dorothy.

She was a vibrant participant in the community and member United Methodist Church of Williams, American Legion Auxiliary and Epsilon Sigma Alpha Sorority, being the main driver of the annual Christmas Box program for the military members from the community.

Dorothy was a stay at home mom providing in-home childcare for numerous families in Williams. In 1985, she went to work for Country Grocery and then to First Interstate Bank of Arizona and stayed there through its iterations, retiring from National Bank of Arizona in 2004 at the age of 62.

Dorothy enjoyed going to the annual Country Thunder Music festival, as well as other concerts, and camping with John and their friends. John and Dorothy were always the dancing showcase at many family and friend’s weddings.

Dorothy was an avid card player, and rarely turned down a rousing game of canasta or pinochle. She lit up any room she was in, and always had a smile and a hug waiting.

She is preceded in death by her parents, her husband of 59 years, John, a first-born son, Neal, her sisters Bonnie Greer, Helen Tackett, Hazel Eyrich and her brothers Frank and George Eyrich.

A Memorial Service will be held on Saturday, July 23 at 10 a.m. at the Community United Methodist Church followed by a Celebration of Life gathering at the American Legion Post 13 from noon till 4 p.m.

In lieu of flowers, please make donations to the Epsilon Sigma Alpha Sorority.