ADOT: Are you putting me on? 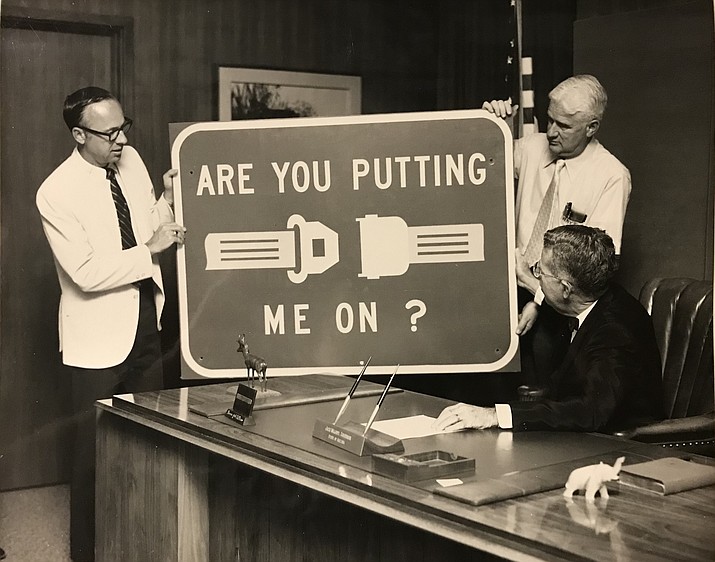 Today, we throwback to a time when seatbelts had just transitioned from vehicular novelty to safety necessity.

These two men, possibly representatives of ADOT’s predecessor, the Arizona Highway Department, are presenting Arizona Governor Jack Williams with a sign that encourages motorists to wear their seatbelts.

At the time, though, there were no laws on the books regarding the use of seatbelts. In fact, the first seatbelt law didn’t go into effect in the United States until New York enacted one in 1984.

Seatbelts were first offered as an option by major automobile manufacturers in the mid 1950s and didn’t become standard until almost decade later.

While this photograph did not come with an exact date in our archives, judging from the fashions worn by these gentlemen, we guess this meeting took place during Willams’ first term as Governor, which began January 1967.

Encouraging seatbelt use is certainly not an old fashioned warning from a bygone era.

According to the National Highway Traffic Safety Administration, 47 percent of passenger vehicle occupants killed in motor vehicle crashes were not wearing a restraint.