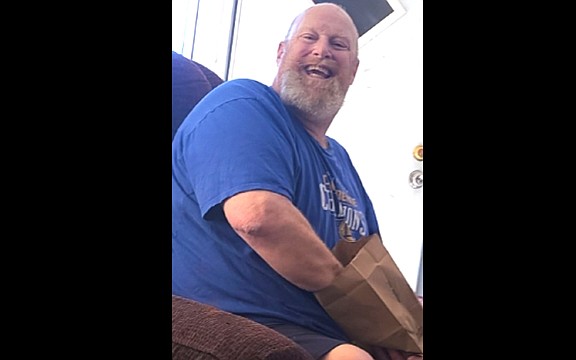 Jeffrey Lawrence Wright, 60, of Williams went home to be with the Lord, on Jan. 8, after a short battle with Covid-19.

Jeff was born September 5, 1961, in Pendleton, Oregon to Loren and Roberta (Andrews) Wright.

In high school Jeff participated in many sports and kept his love for sports throughout his life.

Jeff worked at the Williams Sawmill, before joining the Safeway team as a meat cutter for 30 years until retirement, during which time he also processed wild game on the side. Jeff has always been active in the community and happy to help anyone in need.

Jeff was preceded in death by his parents and sister Leslie Uebel.

Jeff will be greatly missed.

A memorial service will be held at the Church of Jesus Christ of Latter-Day Saints in Williams at 10 a.m. on January 29.