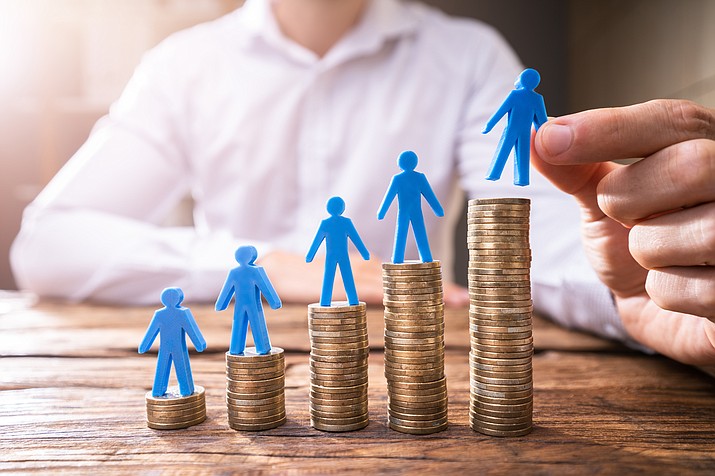 Many businesses are set to bump wages in 2021. (Photo/Adobe stock)

PHOENIX — Arizona’s minimum wage will increase from $12.15 an hour to $12.80 an hour on Jan. 1 under a law approved by the state’s voters in 2016 that gradually increases the bottom rate employers are allowed to pay.

This year’s increase is the second since the phased-in wage boosts hit $12 an hour and automatic increases based on cost of living increases kicked in.

The state’s minimum wage was just $8.05 an hour when groups that advocate for low-income workers collected enough signatures to put a ballot measure boosting the lowest wages on the ballot. The measure was opposed by Republican Gov. Doug Ducey and business groups like the Arizona Chamber of Commerce and Industry. They argued it would hurt the state’s economy but that did not happen. Instead, Arizona’s economy has soared.

Voters approved Proposition 208 by a 58 percent to 41 percent vote in November 2016. Wages went to $10 an hour the following year and have increased every year since. The measure also guaranteed paid sick time.

The federal minimum wage remains at $7.25 an hour because Republicans in Washington won’t back an increase. That rate applies in states that do not have their own minimum wage laws.