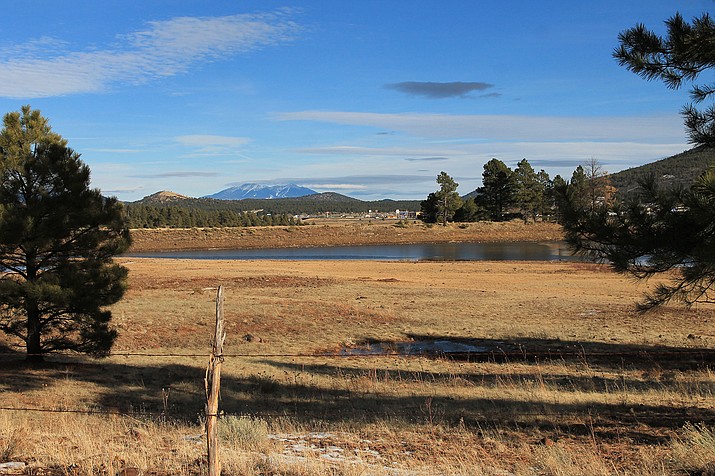 The historic Gonzalez Ranch is a 480-acre parcel owned by the family of Max and Thelma Biegert, the original owners of Grand Canyon Railway. The parcel has been considered for development, however, the family is now looking to preserve the property. (Wendy Howell/WGCN) 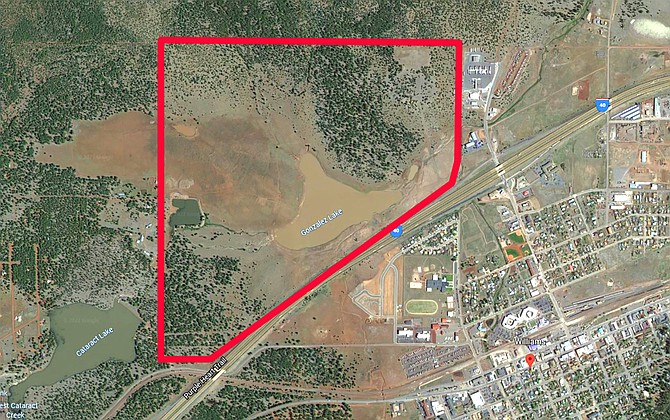 WILLIAMS, Ariz. — Talks of a potential 1,000-home subdivision on property north of Williams have been scrapped, as the family of Max and Thelma Biegert, the original owners of Grand Canyon Railway, have announced plans to preserve the family’s 480-acre ranch property as a conservation easement.

“It’s such a beautiful piece of land, right there across the interstate from town,” said Rebecca Biegert Conti, Max and Thelma’s daughter. “So we’re very hopeful that it can be preserved in a way that truly conserves the beauty and is a blessing to the people of the town and northern Arizona.”

In May 2021, an offer was made on the $20 million property, known as Gonzalez Ranch, with investors interested in developing custom homes and multi-family housing, with talks of additional commercial development, including a western-themed amusement park.

Development costs for the project were estimated at $500 million, according to Brent Moser, principal at Lee & Associates Commercial Real Estate Services in Phoenix who represented the buyers. The buyers included a Kansas-based investor group and Lonnie McCleve, a Phoenix-based developer who has built several housing subdivisions in Bellemont, Arizona.

“That contract to an out of state developer has been terminated and we are exploring preservation of the parcel,” Conti said.

Although Lee & Associates made a public announcement about the sale, the buyers never submitted any development plans to the city.

The 480-acre parcel is bordered by I-40 to the south, Cooper Ranch to the west, US Forest Service land to the north, and private parcels to the east. It includes a 35-acre lake and pine trees, with views of Bill Williams Mountain and the San Francisco Peaks.

Although the Biegert family has made a decision to preserve the property, they have not solidified plans for how the conservation easement will work.

“We have a lot to learn, we have never done a preservation before,” Conti said. “There’s a learning curve. We are open to suggestions and applications from groups. We aren’t locked into anything now, we are exploring and we will just see what happens.”

History of the property

The Gonzalez Ranch property was part of a large land purchase of Max Biegert, who bought and revived the Grand Canyon Railway in the late 1980s. Biegert sold the railway to Xanterra Parks & Resorts in 2006 yet retained the 480-acre ranch property.

There have been several developers showing interest in the ranch property.

In 2018, it was announced that the Granger Group was no longer interested in purchasing the property.

The Biegerts were in their 90s and passed away within days of each other at their home in Paradise Valley, Arizona in May 2021.

Although Grand Canyon Railway is now owned by Xanterra Parks & Resorts, the Biegerts are still spoken of fondly in Williams and their legacy remains.

The Biegerts initially invested $15 million to revitalize the train to the Grand Canyon. In 1988, Max and Thelma, and several officers and consultants took to planning and in January 1989, the group announced the Grand Canyon Railway would run its first train from Williams to the Grand Canyon on Sept. 17 to commemorate the 88th anniversary of the 1901 first passenger train.

Since the tracks and bridges had not seen maintenance since 1974, considerable work was needed to restore the line. The entire line needed reballasting, several roadbed washouts needed refilling and trees needed to be removed.

In addition to the railway, the Biegerts restored the Fray Marcos Hotel which had been heavily vandalized over the years and sustained significant roof damage.

The reintroduction of the railway garnered a lot of media attention.

The reopening events included a keynote address by Arizona Governor Rose Moffett, music by the Northern Arizona University band, a dedication of the railway museum, a panel discussion, giveaways and a gold spike ceremony at the South Rim of the Grand Canyon

The years following the reopening were the start of a slow resurrection of the town of Williams. Some thought the I-40 bypass in 1984 was the death of Williams, however, the revitalization of the Grand Canyon Railway is attributed to the reemergence of the town.

The Biegert family has ties to Williams, Flagstaff and much of northern Arizona.

Conti said the family is enthusiastic about the decision to preserve the Williams property, but acknowledges that their work has just begun.

“We love northern Arizona and we want to see the beauty preserved and that’s where all of that is coming from,” she said. “We just really want to use that land in a way that’s appropriate.”

Conti said the family is open to suggestions and ideas from the community and conservation organizations in their efforts to preserve the property.

The family has created an email account for the project at gonzalezranchaz@gmail.com.