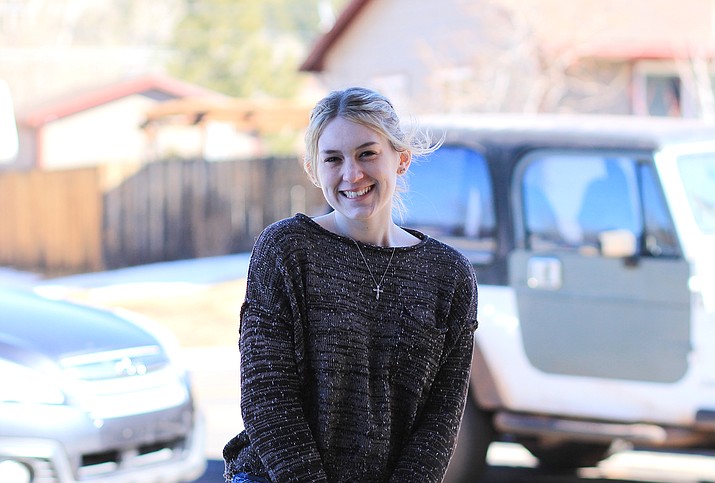 Kimberly is a senior at Williams High School.

At the high school, Kimberly participates in Upward Bound and National Honor Society. She is also the senior class president, and involved in FCCLA and the culinary program.

She was also a manager for the football team.

Some of her favorite classes include culinary, anatomy and English.

“Mrs. Schober is great at keeping the classroom fun, but giving us really good lessons,” she said.

“Mrs. Moreno has been like a therapist at the school, I can talk to her about anything,” she said.

Some of her favorite memories of high school will be from Homecoming week. She also said going to the Verde River and hanging out with friends has been fun.

In her free time, Kimberly works at Brewed Awakenings.

“I like working there, the other girls make it fun,” she said.

“Hopefully for a football team,” she said.