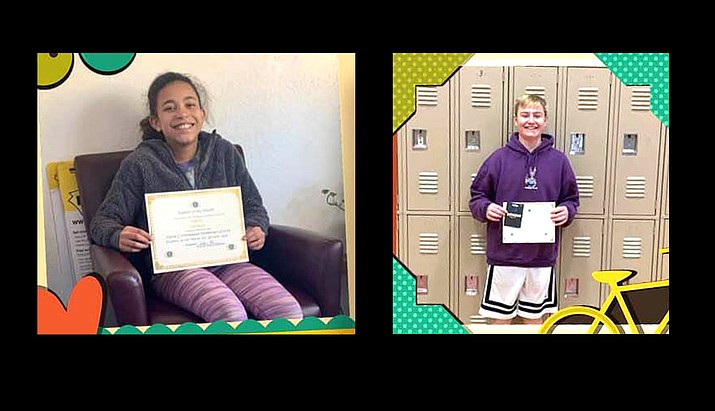 Isabelle and Brandon were selected as the Maine Consolidated School students of the month for January. (Photo/MCSD)

PARKS, Ariz. — Maine Consolidated School has announced its Students of the Month for January.

Isabelle is a fifth grade student at MCSD. Her teacher, Mrs. Smith said she nominated Isabelle because she is responsible, hardworking, always gets her work done and doesn’t give up in the face of challenging work.

“She is caring and kind (is careful of what she says and sticks up for people when others are not being kind),” said Mrs. Smith. “She is trustworthy and almost always has a smile on her face.”

Brandon is an eighth grader at MCSD. His teacher, Mrs. Kennedy, said he is kind, very helpful and has a positive attitude.

“He has shown increased maturity this year and is a good role model to younger students,” Kennedy said.