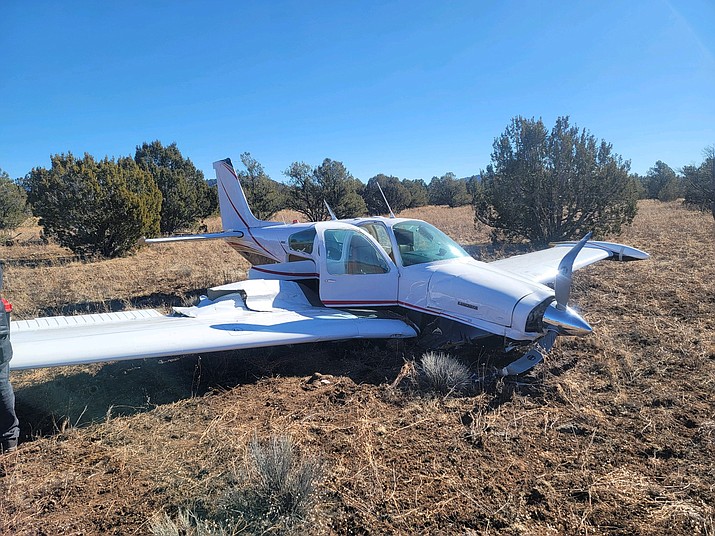 WILLIAMS, Ariz. — A pilot walked away from a plane crash near H.A. Clark Airport in Williams Jan. 26.

The plane, a 1975 Beechcraft Bonanza, crashed in a pinyon-juniper area approximately one mile north of the airport around 11 a.m. Wednesday.

The unidentified pilot from Laughlin, Nevada, was traveling alone and was able to call 911 to request assistance.

Although the pilot reported he was uninjured and stayed with the aircraft, it took several hours for searchers to find the downed plane.

Once located, personnel walked the pilot to the nearest road and the crew evaluated him for injuries.

The pilot stated he had lost power after taking off from the airport and tried to turn around before setting the plane down in an area known as Pine Creek Wash.