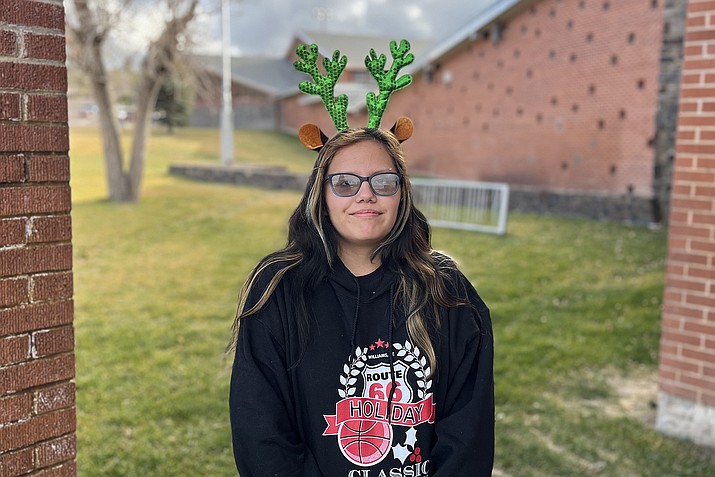 Amberia is a senior at Williams High School. She has attended school in Williams since second grade. She was born in Flagstaff and lived in Mexico and California before moving to Williams.

In high school, Amberia participated in art and culinary arts.

Amberia’s favorite class in high school has been art.

“Art is one of my passions,” said Amberia. “It’s something I always liked as a kid. I started when I was young and just continued on. I try to do every type of art.”

“We got along really well. When I had my son, she was there to support me,” she said.

In her down time, Amberia likes to draw and play PS4 games with her sister, especially Assassin’s Creed.

Outside of school, Amberia works as a Chef for the Polar Express.

After graduation, Amberia is planning on attending an art college and pursuing a degree in animation.