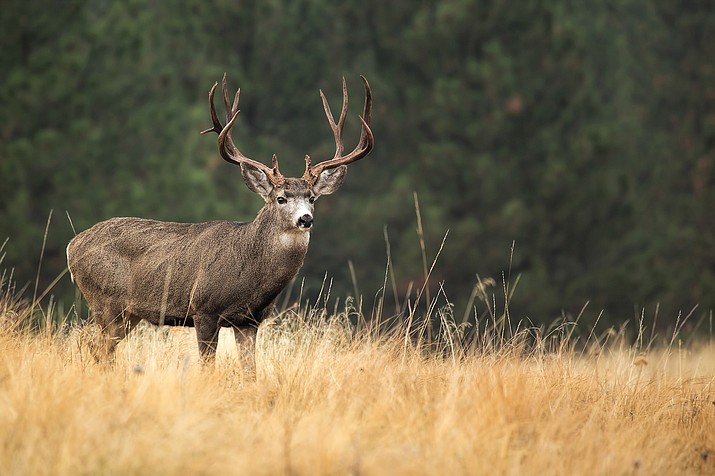 Arizona Game and Fish said the main reason for the drop in tags was in response to low fawn recruitment over the past three years. (Photo/Adobe Stock) 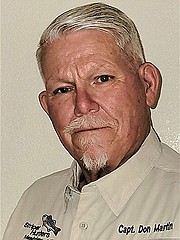 The year was 1972 when I hunted mule deer again on the famed Kaibab on the north rim of the Grand Canyon. I was freshly out of the service and was ready to start hunting big game in Arizona again.

There were a lot of tags that were available that year, and on the hunt, I saw lots and lots of deer.

But times have changed up there as I saw on a recent early westside hunt.

Nature is an everchanging process. Droughts, fires and disease are just some of the causes that are issues for wildlife managers who are constantly trying to figure out carrying capacity on summer and winter ranges, predator management and even unexpected climate events.

Such is the case on the Kaibab.

It is well known that the north Kaibab is home to the largest and most productive deer herd in Arizona. It is a deer hunter’s paradise.

Hunters have been seeing a significant drop in numbers of deer tags the department has offered for the past few years, and are asking why?

To get the answers I spoke with Allen Zufelt, Region 2 big game specialist with the Arizona Game and Fish Department.

Zufelt stated that the main reason for the drop in tags was in response to low fawn recruitment over the past three years.

Zufelt said the department does ground surveys annually on the Kaibab, but hasn’t done aerial surveys for the past two years. What they have seen though is troubling, but good news may be on the horizon.

“This year we are seeing a rebound in the number of fawns going into the winter range. The fawns appear to be in excellent condition,” Zufelt stated.

On the Kaibab, biologists are aware that it is not the summer range that limits the deer herd there. It is the winter range, and without sufficient moisture and food production in those areas, the herd can suffer and there can be a die off.

This year the Kaibab received lots of rain and the winter range looks in good shape according to Zufelt.

But for bucks that were born this year, it will be several years before they are in the age class that the department is managing for.

Sportsmen should be aware that the philosophy of the department for the early hunt is to remove excess bucks, and it has not and never been managed as a hunt to remove older age class bucks.

Zufelt noted that in the past when there were bumper crops of fawns that a large number of them became older, mature bucks that were seen and taken on the early hunt. That led many sportsmen to believe that they were going to see and take older age class bucks! “But that is not what we are managing for,” Zufelt said.

Zufelt stressed that the department uses the best science they have to manage the Kaibab deer herd. “We manage that herd based on a number of factors, all of which are science-based,” Zufelt said.

In response to the low fawn recruitment, the department made some significant changes in permit numbers this year and in the past.

This year the department dropped the tag numbers for the early hunt by 75 tags, to 300 permits. For the late hunt, tags were decreased by 25 permits with only 50 tags being issued.

Archery hunters faced the same situation, with 2022 levels reduced by 75 permits to 300.

While some may think that these reductions weren’t needed, the biology and science indicate otherwise.

From my perspective, it looks like AZGFD in Region 2 is dealing with this issue appropriately, with a reduction of tags being warranted.

It will be at least three years before the Kaibab rebounds to levels it used to be, and that’s assuming that the area isn’t adversely affected by the ongoing drought.

So, if you’re gonna apply for a tag there, remember while there are still a number of above-average bucks there, most of what you will see on the hunt will be from 1-3 years old.

Zufelt said “a sportsman should go there and take a deer you’re happy with, and if you find a big one, that’s great, but understand what we are managing for as far as age classes are concerned.”

Bottom line is you’ve got s lot of bonus points then maybe this early hunt isn’t the one you’ll want to apply for. But if you want to see a lot of bucks, with most of them from 1-3 years old, then it’s the place to go.