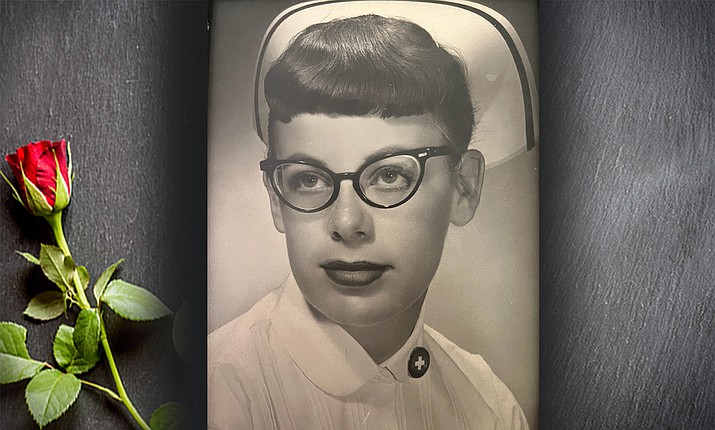 Jean, as she preferred to be called, grew up in the small town of Williams, Arizona before she attended Good Samaritan where she received her nursing degree. She met and married Richard Standerfer on May 28, 1960 and they began their married life in California before moving to the great state of Alaska. She raised her two children while working for Ketchikan Medical Center as a surgical nurse.

Jean adored card games like Bridge, and she was a fierce competitor when it came to Cribbage. As a grandmother she loved teaching the games to her grandchildren. Other activities she enjoyed doing was knitting and needlepoint. Our family is blessed with many heirlooms which she created.

According to Jean’s wishes the family will return her to her beloved Ketchikan.

Death leaves a heartache no one can heal: Love leaves a memory no one can steal. (Irish headstone) Jean was small in stature but large in persona. She loved deeply and was so supportive of her family and friends.

We would like to express our thanks to the staff from Heart 'n Home Hospice & Palliative Care who cared for our mother during her final months. They made a difference in her life and ours.

Local arrangements were cared for by the Potter Funeral Chapel of Emmett.