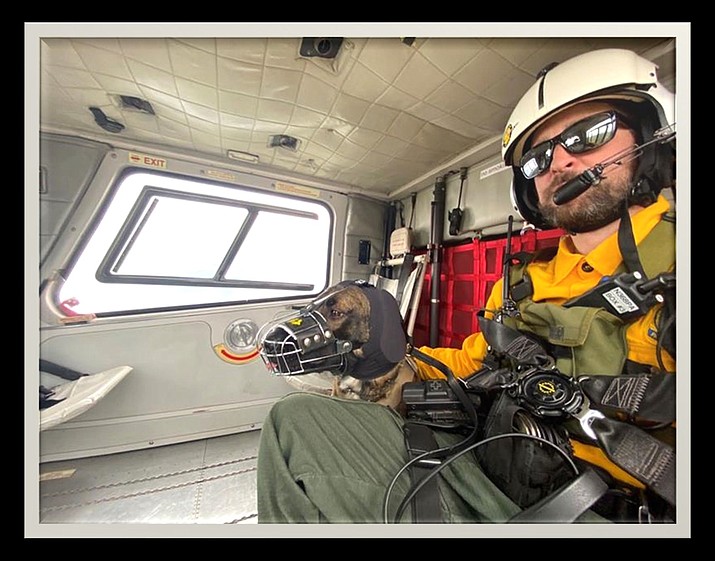 The following is a list of calls from the South Rim District Report for the period ending July 30.

On July 17, law enforcement and emergency services personnel responded to the Holiday Inn Express in Tusayan to assist Tusayan Fire with a cardiac arrest. After 45 minutes of effort, resuscitation efforts were unsuccessful. Coconino County Sheriff’s Office is investigating.

On July 18, rangers were dispatched to Victor Hall for a man having a “mental break” and yelling about death and the devil. Following investigation, the man, a 50-year-old resident of Grand Canyon, was arrested for public intoxication and disorderly conduct: unreasonable noise.

On July 20, while patrolling near Brandt and Rouzer Halls, rangers contacted a 52-year-old woman who is a resident of Grand Canyon and issued a verbal warning for having a pet off leash. After this contact, rangers saw the same woman failing to pick-up pet excrement. The woman was issued a citation for failing to dispose of pet excrement.

On July 21, rangers were requested to assist Coconino County Sheriff’s Office with a burglary alarm in Valle, Arizona, while all their deputies were committed to a major incident elsewhere in the district. The building was found to be secure, with no signs of forced entry.

On July 22, rangers responded to a report of disturbance in Trailer Village. A man was reported to be banging on a door and throwing things around inside with another occupant. A short search for the subject followed. Investigation revealed a verbal argument had occurred. The subject, a 21-year-old resident of Grand Canyon, was issued verbal warnings for public intoxication and disorderly conduct.

On July 25, rangers were requested to NPS Headquarters area for a report of a verbal dispute. Rangers determined a verbal altercation had taken place between 50-year-old woman and her two adult sons. While on-scene, one of the men had a medical emergency, and EMS was dispatched to the incident.

On July 25, rangers were dispatched to the Grand Canyon Recreation Center for report of a woman standing outside screaming. Rangers arrived, finding a subject known to rangers from previous contacts. Investigation hinted at the woman being a victim of a crime, but rangers were unable to discern any details from the woman. She was provided victim assistance to separate from her male travelling companion and was transported to Flagstaff.

On July 27, rangers were notified of on-going jewelry sales at Grandview Point. Rangers were able to locate the sellers at Duck on a Rock. Subsequent investigation revealed the sellers, a 28-year-old woman from Tuba City and a juvenile relative had thrown the jewelry over the rim of the canyon. The adult subject was cited for business operations without a permit and littering. She was also arrested for an outstanding warrant from the Flagstaff Justice Court.

On July 27, Grand Canyon Fire Department responded to a report of a campfire in the area of the Maswick Lodge. The small fire was extinguished without incident. No suspects have been identified.

On July 28, rangers were requested to respond to a 22-year-old man from Grand Canyon with suicidal ideations near Hermit Interchange. Rangers determined the subject was a danger to themselves and transported him to a behavioral health center.

On July 29, rangers received a late report of a theft from a vehicle in Parking Lot 3. A second report of a vehicle burglary which occurred in the Grand Canyon Visitor Center parking lots was received later in the morning.

On July 29, rangers responded to Rouzer Hall for a report of an intoxicated man unable to stand. Rangers found and subsequently arrested a 27-year-old man from Grand Canyon for public intoxication.

On July 29, rangers observed a campfire in an undesignated area east of South Entrance Road near the campground. A 34-year-old man from Abbotts Ford, Canada initially attempted to flee but returned. The subject was issued a citation for having a campfire in an undesignated area and warnings for possession of a controlled substance: marijuana and interference with agency functions.

On July 30, rangers were dispatched to the Maswik Cabins for a cold report of an assault that had occurred earlier in the night. Investigation revealed that the victim had been assaulted while on his porch that night. Rangers identified a 37-year-old man from Grand Canyon as the suspect. The suspect was issued a citation for disorderly conduct: fighting.

On July 30, rangers conducted a “civil standby” and assisted Delaware North with serving a trespass warning to a man from Grand Canyon following a termination of employment. A first attempt by security was met with combative behavior, necessitating the civil standby.\