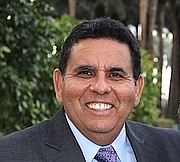 Over the past two months, an enormous amount of inaccurate information has spread across the region about Drake Cement and our exploration project seeking pozzolan in the Kaibab National Forest, on a site about two miles outside of the city.

In mid-July, for example, two weeks before we had had our initial meeting with Williams city manager Tim Pettit, Mr. Pettit sent us a scathing letter opposing the project.

His letter was chock full of untrue accusations that Drake intends to destroy tourism, the environment, home values, wildlife, the water supply, archaeological treasures, and the safety and peace of the community. Given this long list of supposed evils, it should be no surprise that Pettit said Williams and its City Council oppose the project, despite having never once discussed it with us face to face and having no details about it.

Let me be as clear as a human being can be. Drake Cement stands committed to protecting the environment and quality of life in every community where we work. We will do none of the things Pettit claims we intend to do. In fact, we have not yet even made a decision about whether sufficient pozzolan exists on this site to support extraction.

Right now, Drake is in an exploratory phase. Over the next several months, we will be working on the site — which was mined previously — to analyze what’s in the ground. This exploration will involve digging eight small trenches, each measuring about 200 square feet. Once the exploration is complete, these trenches will be graded and repaired and the removed materials completely restored, per U.S. Forest Service guidelines.

Repair and reclamation to every site we work on is an essential component of Drake’s mission. For us, it is a must to contribute positively to Arizona and its communities. Since Drake began Arizona operations in 2011, we have created scores of jobs and contributed millions of dollars in tax revenue, business spending and infrastructure improvements statewide. The same will be true in Williams, should we move forward. Some additional truths about the proposed Perkinsville Road project:

The site is located two miles outside the city, to the south, and will not impact traffic through Williams or tourism in the city. Traffic from Drake vehicles will head south from this southern location, and not through the heart of downtown.

While Drake’s staked claims span about 850 acres, any activity within that footprint would be restricted to about 25 percent of the site, on land that was mined previously. Once our exploration is complete, we will drop the excess claims outside the relevant 200 or so acres.

In collaboration with the U.S. Forest Service, Drake will pay to thin trees and vegetation in the area. Unlike Pettit’s claims of sure doom, this thinning would provide greater protection against wildfires. Using the wood as alternative fuel at Drake’s Paulden cement plant also would remove 34,000 tons of carbon dioxide equivalent from the atmosphere annually, the equivalent to the emissions from 140 commerical trucks.

Sustainability is a major part of pozzolan’s attraction, along with its amazing strength in cement, a key to landmark construction projects like the Glen Canyon Dam, the Palo Verde Nuclear Generating Station and the Golden Gate Bridge. Pozzolan is a signature element in Drake’s “green cement” initiative. Should we move forward with this site, the extracted pozzolan would help remove an estimated 146,000 tons of carbon dioxide equivalent from the atmosphere each year, equal to the emissions from 600 commercial trucks annually.

The General Mining Act of 1872 offers wide latitude for prospecting and mining on federal land that has not been set aside for a specific use. This 150-year-old law requires a transparent process Drake fully supports. We will continue to work with the Forest Service to follow their guidelines – and we will continue to work with the city and residents to create open lines of communication.

At Drake, we do what we do in a spirit of honesty and factual communication. We treat one and all with respect and open minds. In return, all we ask is to be treated in that same manner – based on the facts, not shrill fictions.