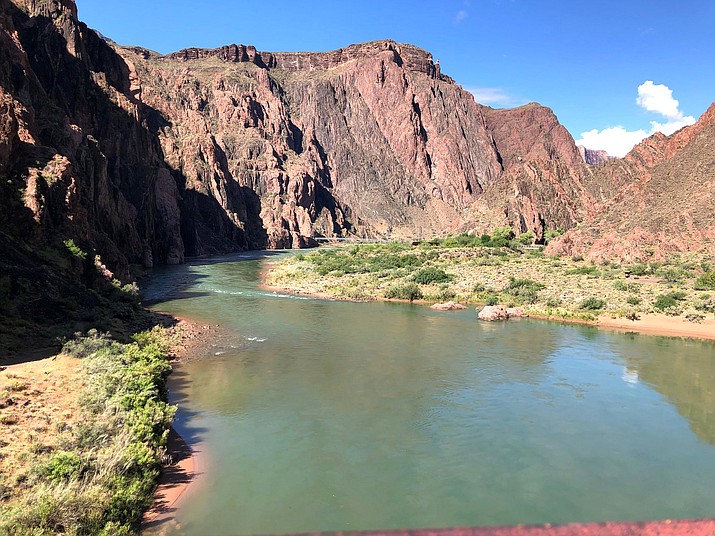 GRAND CANYON, Ariz. — The Senate Energy and Natural Resources Committee considered and offered amendments on the Grand Canyon Protection Act, a bill that will protect about 1 million acres of public lands near Grand Canyon National Park from uranium mining. The Act would make permanent a ban on mining that was enacted administratively in 2012. This is the farthest the bill has advanced. 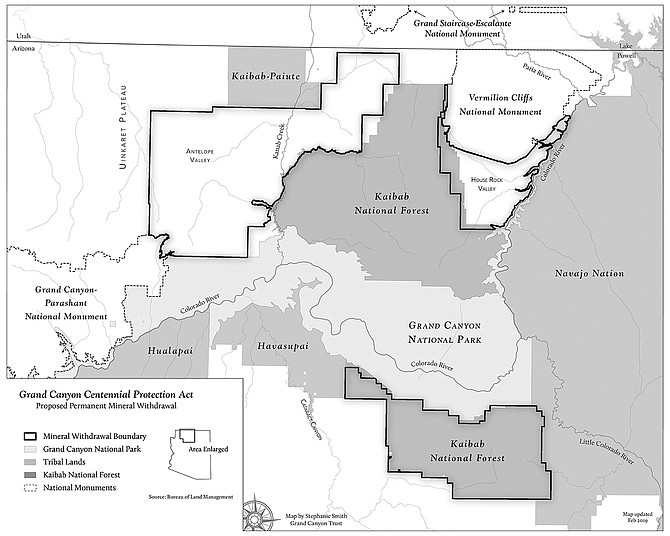 A broad coalition of conservation organizations, business owners, faith groups, local government leaders, military veterans, hunting and fishing groups, river runners and others joined Indigenous tribes and nations, including the Havasupai Tribe, which has led this important effort to protect these lands, in urging the U.S. Senate to expeditiously pass the bill, despite the 10-10 partisan vote in committee.

“There are increasing threats to the lands and waters in the Grand Canyon region, including from harmful uranium mining,” said Sandy Bahr, director for Sierra Club’s Grand Canyon Chapter. “The Senate now has this historic opportunity to help protect this region, protect Grand Canyon National Park, the region’s groundwater, and the lands, waters, and culture of the Havasupai. Now is the time for them to listen to Tribal leaders and the people of Arizona and pass the Grand Canyon Protection Act.”

“The Grand Canyon Protection Act has the support of regional tribes and the National Congress of American Indians. It’s supported by hunting and fishing groups, local businesses, local governments, and faith organizations. It’s rare to find anything as

bipartisan as the Grand Canyon and our coalition won’t stop until members of Congress understand that they’re supposed to represent the people, not the mining companies that fund their campaigns,” said Amber Reimondo, Energy Director for the Grand Canyon Trust.

This legislation, like the Grand Canyon it protects, is immensely popular with the public and should be passed, said Taylor McKinnon with the Center for Biological Diversity.

“Uranium mining threatens irreversible damage to the canyon’s precious aquifers, springs, and creeks,” he said. “That’s not a risk worth taking. It’s time for the Grand Canyon state’s senators to take the lead and get this critical legislation passed.”

Rev. Katie Sexton-Wood, executive director of the Arizona Faith Network said their network of diverse faith traditions is dedicated to protecting sacred land for all traditions.

“Uranium mining would desecrate this site that is sacred to Indigenous communities in Arizona. Mining this sacred land would be a moral and spiritual violation. Congress must act and protect this sacred space,” she said.

“The waters of the Colorado River, and springs that feed tributaries in its beloved side canyons, are the touchstones of a just over $40 million sustainable river running economy,” said Fred Thevenin of Arizona Raft Adventures. “Rafting companies all together carry 24,500 commercial passengers down the river through this world-renowned landscape every year. Mining uranium on the rimlands of Grand Canyon threatens not only local and generational livelihoods, but the many deep connections we help foster in this amazing place we love and steward.”

Wild Arizona, a conservation organization focusing on the wilderness movement and the Colorado River community, is also concerned with the threat of uranium mining in the region.

“Indigenous peoples including the Havasupai Tribe, the region’s wildlife and natural waters, and the vital interconnected rimlands of Grand Canyon simply should not be burdened with the threat of uranium mining — not here and especially not now, with climate change delivering such severe blows to Colorado River flows and the canyon’s watershed,” said Wild Arizona executive director Kelly Burke.

Trail groups are also concerned with the toxic impacts.

“The Arizona National Scenic Trail is a national treasure and international destination worthy of protection from the toxic impacts of uranium mining,” said Matthew Nelson, executive director with the Arizona Trail Association. “We have an opportunity right now to prioritize clean air, water, land, natural and cultural resources, outdoor recreation opportunities, and Indigenous rights over a tiny uranium deposit. The risks don’t outweigh the rewards, and the impacts are forever.”

National Parks Conservation Association said they are pleased the Senate Energy and Natural Resources Committee is taking this important step by voting on the Grand Canyon Protection Act.

“This bill would protect the greater Grand Canyon watershed from new mining, ensuring not only the preservation of one of America’s most awe-inspiring places, but also of the waters vital to Tribes,” said Miché Lozano, Arizona program manager with National Parks Conservation Association.

The Wilderness Society said safeguarding the health of the Grand Canyon and the health of neighboring communities from uranium mining is one step closer with today’s Senate action.

Background on uranium mining at the Grand Canyon

Mining in the Grand Canyon region is a threat to the people, land, water, and wildlife that make this place so extraordinary. Uranium mining has left a legacy of pollution and health problems on the nearby Navajo Nation. The Pinyon Plain uranium mine now poses a potential threat to the waters of Grand Canyon and the Havasupai Tribe and desecrates the Red Butte Traditional Cultural Property.

The Grand Canyon Protection Act would prevent any new mines or mining claims in the region. There is no economic or national security benefit compared to the risk uranium mining poses to the Grand Canyon and the people and economies that depend upon its health.

In 2012, the Interior Department temporarily withdrew more than 1 million acres of public lands around Grand Canyon National Park from new mining claims under the 1872 Mining Law. This banned new mining claims or the development of all but a handful of preexisting mines for a period of 20 years, the maximum allowed administratively. That ban was unsuccessfully challenged by mining interests. The Grand Canyon Protection Act would make the temporary ban permanent.

Information provided by several conservation groups, including the Sierra Club, Grand Canyon Trust, Center for Biological Diversity and others.