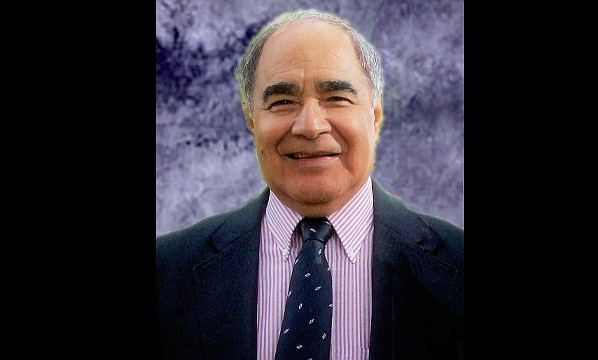 Manuel “Manny” Lugo passed away in Cottonwood, Arizona surrounded by family on Saturday, April 23, 2022. He was 82 years old.

Manuel was born on August 14, 1939 in Williams, Arizona to Ernesto and Celia Lugo. He was third child of twelve brothers and sisters.

Manuel attended Williams Elementary, Middle, and High school where he graduated with the class of 1958. In high school he worked at Pine Crest Dairy and at the Safeway until 1969 when he moved to Flagstaff to work for the Coconino County Assessors Office, retiring in 1995 and moving to Cottonwood, Arizona.

Manuel helped his mom with the expenses and the raising of his younger siblings after the sudden loss of his father in 1960.

Whether coaching Little League, joining the Civitans or Knights of Columbus, working at the Flagstaff Rescue Mission, the Old Town Mission or operating the sound system for his church, he was very giving of his time.

Manuel was known for his quick wit and dry sense of humor.

Funeral services will be Tuesday, May 3 at Norvel Owens Mortuary at noon in Flagstaff, Arizona. He will be laid to rest in Citizens Cemetery following the service. A reception will be held afterwards at The American Legion in Williams, Arizona.