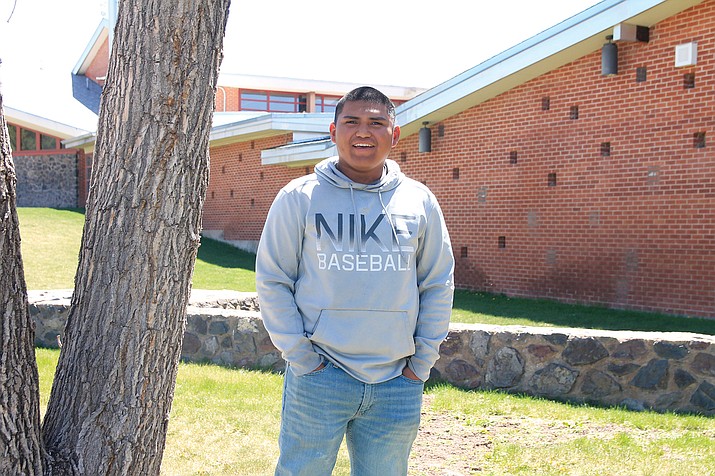 Tyler is a senior at Williams High School. He has attended school in Williams since first grade and commutes from the Grand Canyon.

In high school, Tyler played football and baseball all four years. He was a lineman and played right field.

“I like hanging out with my friends and making good memories. I love those sports,” he said.

Tyler was also involved in the welding class where he made a three foot tall Christmas tree.

“It’s fun,” he said. “It’s easy but hard to learn at the same time. I like building things.”

“I like learning those kind of things before you go into the world,” he said. “It’s something you should learn.”

He said teachers who have encouraged him were Philip Echevarria. His family has also been an encouragement.

“We’ve been through a lot and they’ve encouraged me to push myself” he said about his parents.

Tyler said some of his best memories in high school were prom and hanging out with his friends.

In his down time, Tyler enjoys hanging out with his family, sleeping and playing video games.


Outside of school, Tyler has worked at Holiday Inn in Tusayan.

After graduation, Tyler plans to move to Las Vegas to become an HVAC technician.