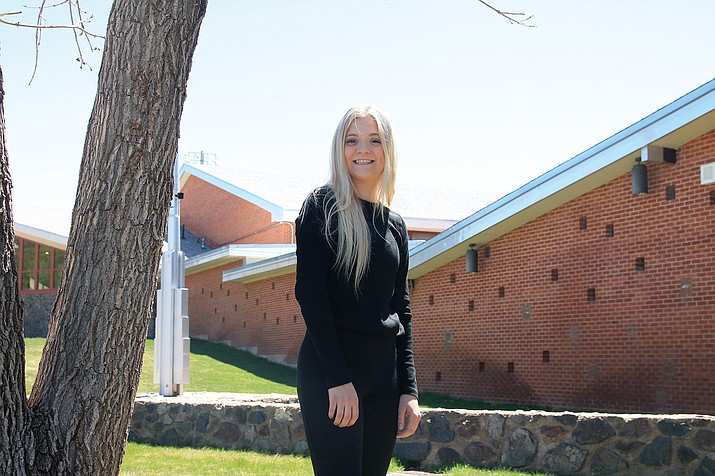 She has lived in Williams for 16 years.

In high school, Ashley was active in National Honor Society and student council. She was the manager of the football team and was part of the WHS golf team since her freshman year. She also played volleyball her softball year.

Ashley’s favorite classes in high school are English and history.

“I liked writing papers and researching things that are important to me,” she said.

She said teachers who have been an encouragement to her include Miss Moreno and Miss Schober.

“She’s (Moreno) been one of the biggest supporters I’ve had,” she said. “Miss Schober is very well-rounded and she’s super supportive of students.”

Her best friend’s parents – Elaine and Bob Scott, have also been a big encouragement.

Ashley said her some of best memories in high school were football season, including bus rides.

In her down time, Ashley enjoys golfing and hanging out with her friends.

Outside of school, Ashley works at Bearizona.

After graduation, Ashley plans to move to Phoenix to attend Scottsdale Community College before transferring to ASU to study psychology with a minor in criminal justice.

She wants to become a juvenile probation officer and work with children.