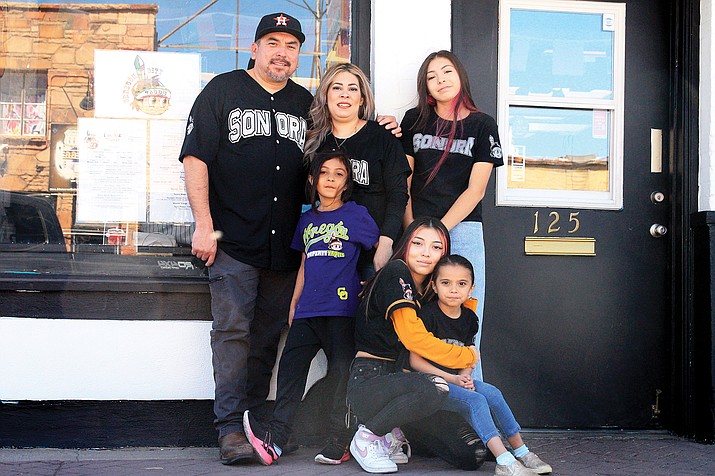 Obregon City Tacos in Williams offers a variety of tacos along with tortas, quesadilla, Sonoran style hot dog, seafood and more. Above: Miguel and Paola Herrera with their daughters Lezly, Ximena, Jeilyn and Yessie. (Loretta McKenney/WGCN)

WILLIAMS, Ariz. — Miguel and Paola Herrera are excited to offer authentic tacos and other items at their restaurant Obregon City Tacos.

According to Herrera, opening a restaurant has been a dream of his.

“It’s been in the works for a few years now,” he said. “My wife’s cousin is a chef in Mexico and he is here now. We’ve been talking about opening a restaurant for a few years and were finally able to find a location.” 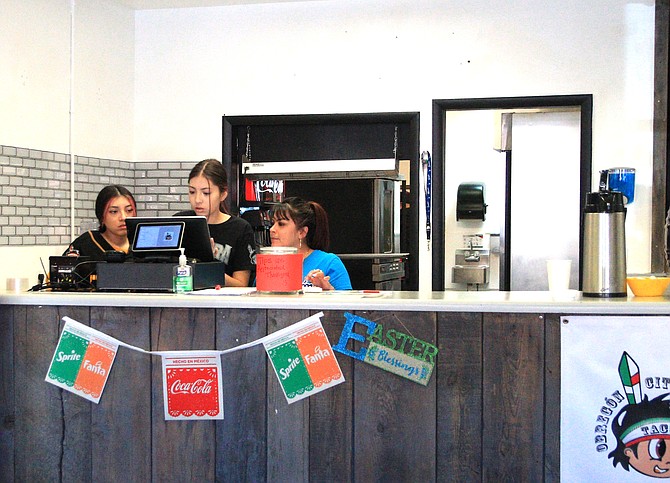 Herrera said they wanted to open the restaurant in Williams because this is their home and they offer a unique menu.

Herrera said it is important to his family that the food is authentic.

“It is all authentic, genuine — everything is made from scratch, nothing canned,” he said. “Come over and give us a try, you’re going to love it.”

One item on the menu is quesabirria which features birria meat with melted cheese, onions and cilantro on a corn tortilla. Herrera said they can also serve quesabirria with a special dip. They also serve tacos, quesadillage, sonoran hot dogs and seafood, with plans to offer seafood specials in the future.

For now, Herrera said family members are their primary employees, but they are planning on hiring extra help later on.

“We are definitely planning to hire two or three people once we get busier,” he said.

They plan to serve breakfast at a later date.