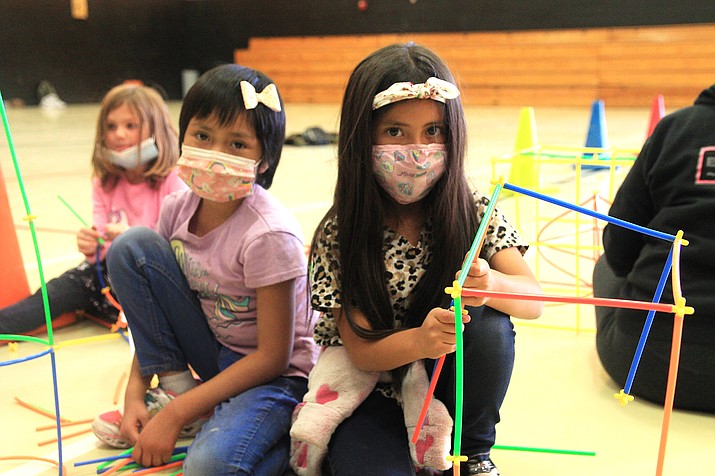 Students play games and complete activities in 2020 at the Boys and Girls Club at Williams Elementary-Middle School. (Photo/WGCN)

WILLIAMS, Ariz. — After two years, Williams Unified School District (WUSD) has canceled its contract with the Boys and Girls Club of Flagstaff (BGC), who offered services at Williams Elementary-Middle School.

According to WUSD Superintendent Eric Evans, the governing board made the decision because they believed the organization was not fulfilling its contract with the school.

“There were some things that came up that were concerning to us,” Evans said. “I brought them to the attention of our board in a public forum. After the board was able to hear what was going on ... we just said it wasn’t working out and we didn’t feel that the things contained in the agreement were being fulfilled.”

The club was two years into a three-year contract with WUSD.

According to Mark Cox, chief executive officer of the Boys & Girls Club of Flagstaff, both parties had the option to opt out or terminate the contract.

Cox said it was a surprise when WUSD decided to cancel the contract.

“The idea was to stay there at least three years because of the funding source but also to get things off the ground — to actually establish anything,” he said.

Cox hoped to meet with the governing board members prior to the decision.

“I, unfortunately, was not invited to the table or to that conversation, which is a little unfair and a little bit unprofessional,” he said.

According to Cox, the club had been dealing with some personnel issues and a lack of communication within the club had caused some problems.

“We had to let go of some people internally,” he said. “There was some stuff that wasn’t communicated all the way to the top — so there was that on top of the school not wanting to renew.”

In addition to staffing issues, Cox said it had been challenging to establish the club at the school. He said this was partially because of the already existing after school program at WEMS.

Boys and Girls Club partnered with Falcon Flyers as an after school option for students, offering services on Fridays.

“The conflicting areas was that they (WUSD) had another after school program established at Williams and it’s kind of hard to contend with that because the interwoven pieces of 21st Century Learning and the teachers and support they have is a little stronger than what we have over there,” he said.

Evans said the decision was difficult for the school because it meant parents would no longer have an option for students to attend on Fridays — school is in session Monday-Thursday.

“That made the decision that much harder. Knowing that we would be negatively impacting on Fridays a handful of our families,” he said.

Cox said the Boys and Girls Club still wants to be a part of the Williams community and is seeking a place to host its program.

“We are still looking at ways to still support Williams’ youth,” he said. “The idea is still to serve Williams youth, it’s trying to do it without partnerships with the schools.”

Funding for the club is provided through grants, donations and contributions from Bearizona and other private partners.

Cox said some funding for the Williams program, including money donated by Bearizona is currently on hold.

“(Bearizona) invested a decent amount of money to serve the kids in Williams and we want to hold up our end of the bargain at the end of the day,” Cox said. “For now that funding is paused until we figure out a venue and where we can have a Boys and Girls Club in Williams.”

Evans said the school plans to refocus its efforts on Falcon Flyers, its after school program at Williams Elementary-Middle School.

“We will refocus our energy and efforts on the very robust after school Falcon Flyers program. Which can have upward of maybe 80 kids at any one given time,” he said. “We were down to single digits in attendance with kids attending Boys and Girls Club on Friday.”