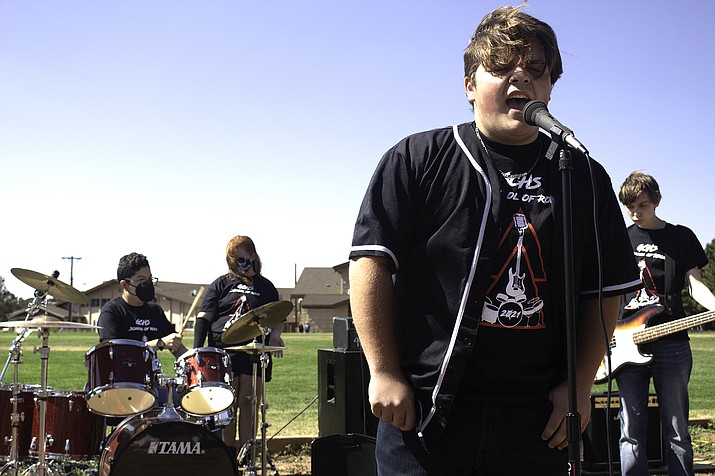 Eighteen middle and high school music students could still be found in the band room listening to professional musicians and program co-founders Joe Deninzon and Steve Benson discuss the set list that students would learn and perform in a matter of days.

“Rock ‘n roll is about unleashing. You’re letting your freak flag fly,” Deninzon said to the students. “You can be a mild-mannered accountant or high school student during the day and rock god at night. So we’re about to unleash our inner rock gods here.”

It’s a scene that has played out annually since 2006 at Grand Canyon School. One of Deninzon’s first lessons to the students is how most of the songs they’ll perform starts somewhere dynamically and slowly builds and progresses.

“It really does change and that makes the song happen, otherwise it’s the same all the way through and who wants to listen to that?” Deninzon said. “So the dynamics are so important.” 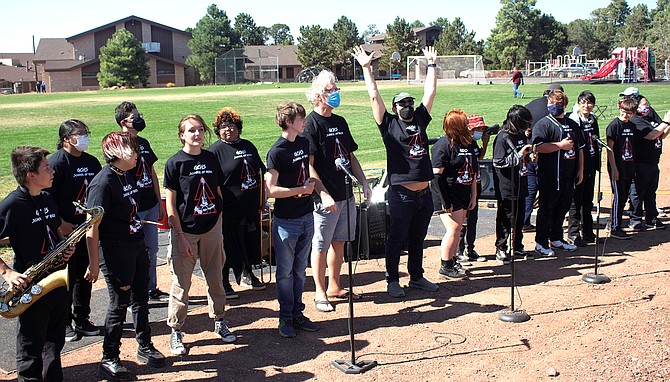 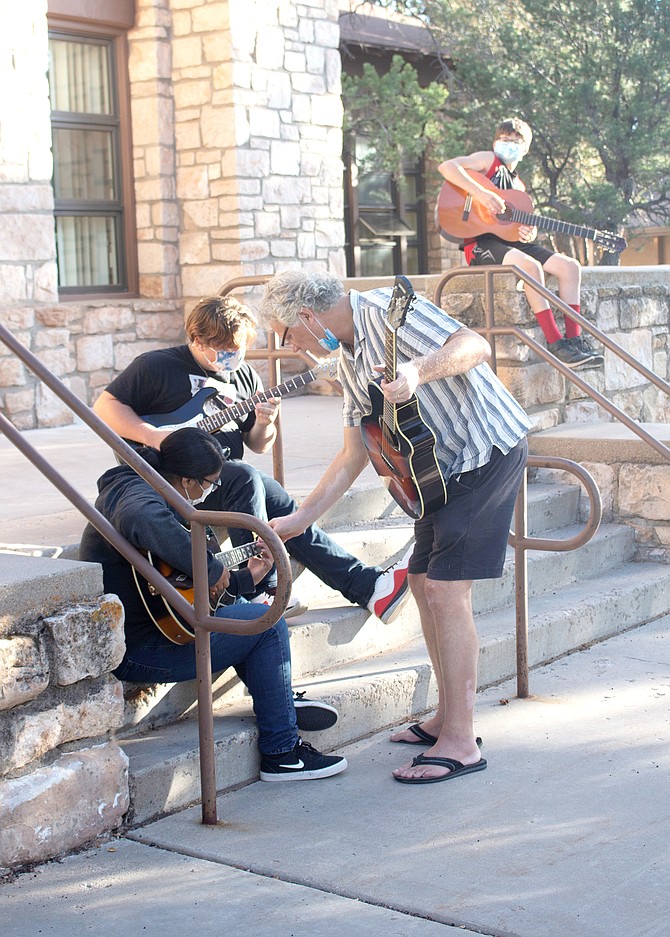 This instruction in change is well served for the students over the course of four days, who go from learning what songs they will perform in front of their peers to three days later performing at a school assembly before testing their new roadie skills to tear down and setup equipment for a public performance at McKee Amphitheater Sept. 17.

This year, students performed a variety of songs, including “Another One Bites the Dust” by Queen, “Seven Nation Army” by the White Stripes and “Have You Ever Seen the Rain?” by Creedence Clearwater Revival.

“It always just magically comes together in the last minute,” Deninzon said. “They just rise to the occasion every time and it’s just beautiful to see it happen.

The hectic schedule of the week doesn’t deter repeat students such as junior vocalist and bassist Ian Yost who started the program when he was in sixth grade.

“I just love playing rock songs with this group,” Yost said. “It’s a lot of fun and it’s a nice rest from regular after-school activities even though it takes longer.”

This year students returned to in person performing after the 2020 session was moved to online distance learning because of the COVID-19 pandemic.

COVID was cited by the school’s new band director Amy Laughlin as the biggest challenge she’s faced building the program this year.

While for Grand Canyon Music Festival founder and artistic director Robert Bonfiglio, one of the biggest hurdles he’s faced this year is people having to be separated because of COVID.

“It’s hard for musicians to live in a rural setting.” Bonfiglio said. “You can come to the Grand Canyon and paint a picture and nobody else has to be involved — but it’s pretty hard to make music without other musicians. It’s a communal sport.”