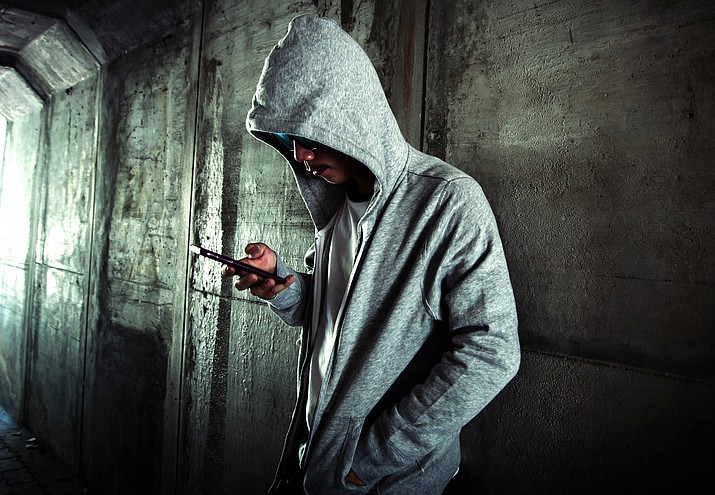 The influence of social media has led to costly damage at high schools. (Stock photo)

WILLIAMS, Ariz. — The repercussions of several disturbing new social media trends are making their way into schools across the U.S., including Arizona and even Williams Unified School District.

According to a recent article in the New York Post, this challenge has seen kids steal water fountains, hand sanitizer and soap dispensers, fire alarms, bathroom stall doors, hot air dryers and many other major utilities, seemingly just for the thrill of it.

WUSD Superintendent Eric Evans said students at Williams High School and Williams Middle School are also carrying out this challenge, most recently in the form of bathroom vandalism, including the removal of soap dispensers and an electric hand dryer from bathroom walls.

The other challenge, ‘homie scrapping’ is also posted by TikTok users and shows students ‘scrapping’ or fighting one another.

“It is reckless and dangerous behavior. There’s obviously significant risk involved for injury and injury to others — whether it’s fighting and scrapping or destroying equipment or stealing property,” Evans said. “It is illegal activity — we’re concerned about the safety and well-being of our students and their engaging in things that are criminal, destructive and inappropriate.”

On Sept. 15, Evans sent a message to parents to be aware of the ‘deviant licks’ challenge.

“I wanted to put something out there and try to get our parents to help us — we need all hands on deck. It’s a student safety issue,” Evans said.

Evans said at Williams schools, the challenge has been exclusive to bathroom vandalism.

“Anything that you can break, destroy or knock off the wall and then take a picture of or a video of you vandalizing and stealing it is kind of what this challenge is all about,” Evans said.

Arizona is not the only state facing destructive behavior to school property because of social media challenges.

According to an article in Newsweek, the trend originated with user @jugg4elias, who shared a video of himself taking a box of disposable masks from his backpack on Sept. 1, adding the caption: “A month into school absolutely devious lick.”

Newsweek reported the video gained 300,000 views and triggered a series of copy-cat videos. Five days later, on Sept. 6, TikTok user @dtx.2cent gained over 2.5 million likes with a video showing them removing a hand sanitizer dispenser from their bag.

According to Azfamily.com, TikTok has removed the content and redirected hashtags and search results to its community guidelines to discourage such behavior.

On Sept. 10, Evans sent a separate message to parents, stating that students would need to stay within the fenced area of the football field during home games.

This decision was made because of the ‘homie scrapping’ challenge.

“We had a lot of kids that were kind of roaming outside of the fence and some unlit/poorly lit and unsupervised areas,” Evans said. “That’s where some of the homie scrapping was going on...you have kids who are maybe harmlessly scrapping with each other in a video but even if it’s a friend and you start swinging at each other – someone’s either going to get hurt or both individuals are going to get hurt. At some point it’s not really friendly anymore.”

Evans said these trends are disturbing and holding students accountable is important.

“There’s student safety concerns, there’s destruction and illegal activity of school property — that belongs to the tax payers,” he said. “And even if it’s not expensive, it’s the principal — the concept. We shouldn’t be going in there destroying equipment, especially for a silly video or a TikTok.”

Following his Sept. 15 message to parents, Evans said the school received several tips and anonymous calls from parents regarding the ‘devious licks’ challenge. He said it is important to try to address the issue immediately.

“If we can’t nip it quick and solicit the help of our community and parents, it’s going to continue and it’s going to get worse and something is going to happen,” he said.

Evans said the school is reviewing surveillance footage and working to find who those responsible. Williams Police Department has also been made aware of the situation.

“Depending on what they did and how extensive the damage … we will consider pursuing necessary criminal charges — maybe criminal damage, vandalism, theft if they walked with what they smashed off the wall or destroyed,” he said. “I think our better example, particularly for minor children is to involve the parent and maybe seek restitution.”