Elk rut season in Grand Canyon: What you need to know 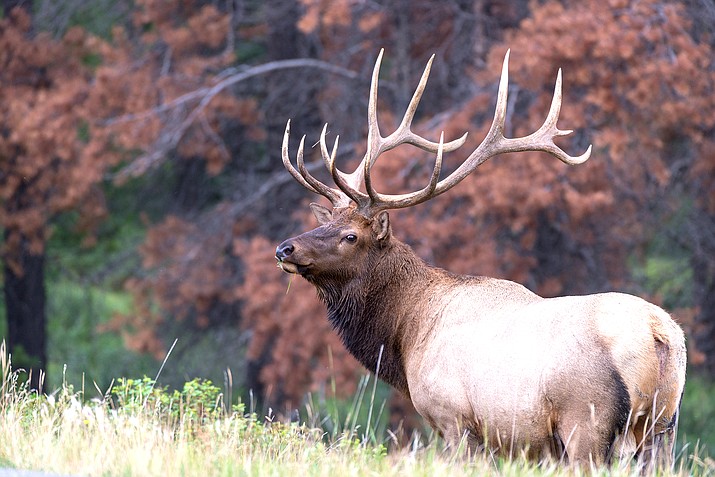 Grand Canyon National Park is warning visitors to be cautious when viewing elk, as these animals can become aggressive. (Photo/stock)

GRAND CANYON, Ariz. — From now until early winter, male elk (bulls) in Grand Canyon National Park will be experiencing “rut”, which is a surge in testosterone, as they prepare for breeding.

While the bulls are in rut, they gain weight, behave more aggressively, rub their antlers on trees and shrubs, and make loud bellowing noises known as “bugling”, as they prepare to mate.

Visitors to the park will need to use extra caution when taking photographs, or risk injury by the more than 700 pound animals.

Bulls have been known to charge at humans during rut, as they defend their territory and groups of female elk known as a “harem”.

According to a 2017 report in the Estes Park News, two women were attacked in separate incidents by a bull elk in the Colorado town.

Colorado Parks and Wildlife were notified of the incidents, and the elk was euthanized to prevent more attacks.

Attacks such as these can sometimes be prevented by avoiding getting too close to elk.

How close is too close?

The National Park Service (NPS) advises visitors to keep at least 100 feet, or two bus lengths, away from elk.

In Grand Canyon, it is not unusual to see elk wandering through developed areas such as parking lots, hotel spaces and neighborhood yards.

According to the NPS, sightings of an aggressive bull elk in such areas this year have already been reported.

“We have already heard from our wildlife staff that there is at least one reported aggressive bull elk in the Grand Canyon Village area,” the NPS said in a recent newsletter.

When bull elk are near, the park advises keeping an eye out for signs of aggression, such as teeth grinding or pinned (flattened) ears.

If an aggressive elk is encountered, the NPS advises to back away slowly.

As a reminder, it is always illegal to approach or feed wildlife in any national park.