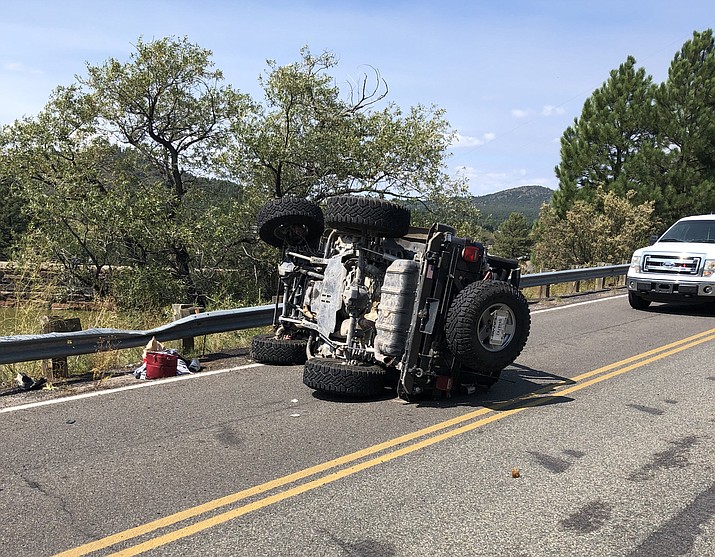 WILLIAMS, Ariz. — Williams Police Department (WPD) responded to a roll-over accident on Fourth Street near Santa Fe Dam that claimed the life of one passenger around 11 a.m. Sept. 19.

The driver, Yolanda Maneth, 56, of Paulden, Arizona was arrested for driving under the influence with pending negligent homicide charges, according to Williams Police Chief Herman Nixon.

Unrestrained passenger Karen Powers, 59, also of Paulden, was ejected from the backseat of the 2006 Jeep Wrangler and died at the scene. A second passenger, Roxanne Falsone, 56, of Prescott, Arizona received minor injuries and refused treatment.

The driver was uninjured.

“We had three females in a lifted jeep that lost control, hit the guardrail and the jeep overturned and the backseat passenger was ejected - none of them were restrained, she (Powers) was ejected from the backseat and was thrown over a cliff about 45 feet,” Nixon said.

“We believe alcohol was a factor in the accident,” he said. “Because of possible charges of negligent homicide we requested (Arizona) DPS come out and assist us with the investigation.”