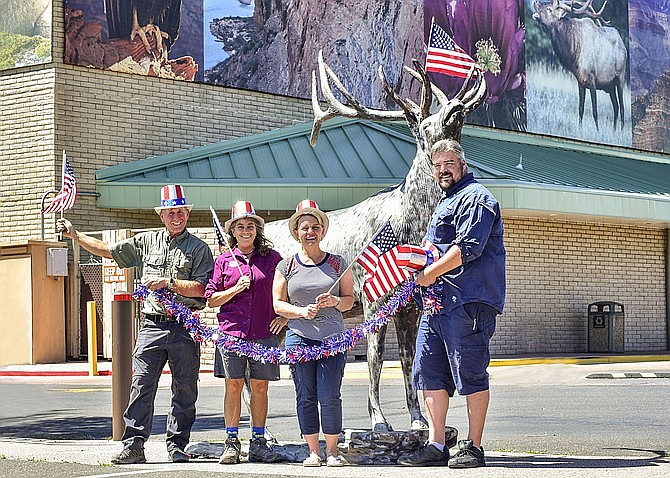 TUSAYAN, Ariz. — On Sept. 16, members of the Tusayan community are invited to attend the first open-to-the public community awareness event, will be held at the Tusayan Sports Complex at 5 p.m.

The event, which is sponsored by the Tusayan Town Hall, will focus on connecting the community with local government, law enforcement, and more, and will feature food, games, music and giveaways.

The idea for the event came after concerned citizen Andrew Aldaz initiated dialogue with the Tusayan Town Hall and the Coconino County Sheriff’s Office (CCSO).

According to Aldaz, who has been living in the Tusayan area since the 1970s, the time was right to facilitate a greater level of communication between residents and local governing bodies.

Aldaz said that during the earlier part of the pandemic, it was unknown which direction certain issues were going to go in the community, and rather than sit on the sidelines, he wanted to take a more active role.

“I saw some things that we needed to start moving forward with,” he said.

Aldaz’s involvement with Grand Canyon School for the past 30 years as well as his role as Tusayan Fire District (TFD) has given him insight into the dynamics of the community.

“Basically what it is, is bridging the gap between the government and the people,” Aldaz said. “(The people) need to have a voice and sometimes they don’t know who to talk to.”

Beginning with four people in May 2021, the community awareness discussion group has evolved to include members of the Tusayan Town Council and Mayor Clarinda Vail, CCSO officers and TFD members, and according to Aldaz the upcoming event is the logical next step.

“So far we’ve had some very good dialogue,” Aldaz said, as he likened the group meetings to round-table discussions.

While the event is designed to facilitate dialogue in a casual setting, there will also be representatives from various organizations such as WIC (Special Supplemental Nutrition Program for Women, Infants, and Children) and Grand Canyon School in attendance to help community member’s access information.

A Spanish translator will also be at the event for community members who speak English as a second language.

Aldaz said that his goal is for the community to know where to find information when they need it, and hopes to have regular meetings every month if possible.